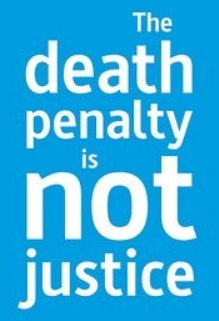 Death Penalty Must Be The Exception

Death Penalty Must Be The Exception

Editor-in-Chief of indiacommentary.com. Current Affairs analyst and political commentator. Writes for a number of publications. View all posts by this Author
The death penalty is imposed by courts in India for heinous or brutal crimes that fall in the domain of being rarest of the rare. The Supreme Court has never defined what constitutes rarest of the rare and has left it to the discretion of the judges to decide that. Hence, there is no consistency is such decisions by various courts.

The Supreme Court, in the case Sukhlal vs The State of Madhya Pradesh, has once again reiterated that although the crime might be extremely heinous or brutal, it still might not qualify for being rarest of the rare and the death penalty must not be imposed in such cases.

Sukhlal was awarded the death penalty for murdering a woman while in her employ as a gardener. The high court had upheld the sentence. But the Supreme Court, while commuting the sentence to life imprisonment with a cap of 18 years, said that time and again, this Court has categorically held that life imprisonment is the rule and death penalty is the exception and even when the crime is heinous or brutal, it may not still fall under the category of rarest of rare.

During September and November, the apex court has commuted a total of 14 death penalties  seven in each month - to life imprisonment. It included cases where there were triple murders, rape and murder and murder of a close relative. In the case of triple murder, the three-judge bench of Justice Kurian Joseph, Justice Deepak Gupta and Justice Hemant Gupta were of the view that proper psychological evaluation should be made to judge the possibility and probability of reforming the criminal before awarding the death penalty.

In the instant case, the court cited the Bachan Singh judgment and said that Bachan Singh (supra) in no unequivocal terms sets out that death penalty shall be awarded only in the rarest of rare cases where life imprisonment shall be wholly inadequate or futile owing to the nature of the crime and the circumstances relating to the criminal. Whether the person is capable of reformation and rehabilitation should also be taken into consideration while imposing death penalty. The court asserted in no uncertain terms that the death penalty must be imposed only in the rarest of rare case where the alternative option is unquestionably foreclosed.

The successive decisions of the apex court to commute the death penalty shows that the courts are coming around to the view that reforming and rehabilitating the criminal must take precedence over punishing him or her with death. At another level, it also shows that with crimes getting more and more brutal, it is becoming difficult to decide which one qualifies as rarest of rare. Even 20 years ago, a triple murder would have qualified as such. But now it does not. Hence, lower courts should take this into consideration and look for the alternative option before awarding or upholding the death penalty.