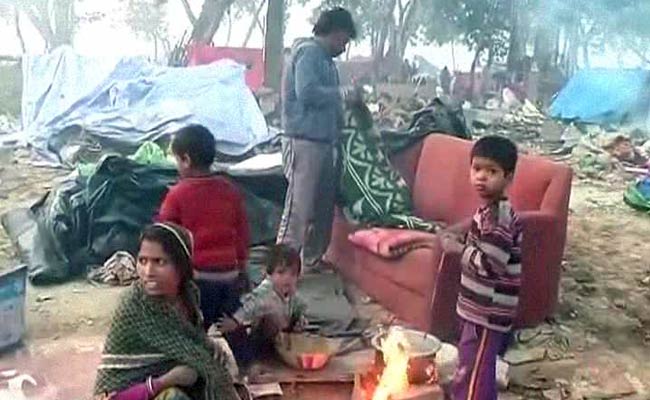 Editor-in-Chief of indiacommentary.com. Current Affairs analyst and political commentator. Writes for a number of publications. View all posts by this Author
India must be one of the few countries where politicians of all hue, before ascertaining facts and before knowing the bona fides or locus standi of the allegedly âaggrievedâ party, rush in to take their side and accuse the government of having committed all kinds of impropriety and sins against them. The same things happened when the bulldozers went to raise a squatterâs colony in Delhi. The words âsquatterâs colonyâ are very important in this case.

It was railway land. The people who had made their homes there had been warned in the past about their illegal status and the need for them to vacate the land. They were also warned on Friday, a day before the bulldozers were employed, to collect their belongings and leave the spot. The operation was conducted peacefully and with proper procedure. There is nothing wrong in the railways reclaiming its land, especially if the inhabitants were becoming a menace to safe operation of railway lines. But a child was found dead there, and without ascertaining the reasons, opposition leaders, Arvind Kejriwal in particular, started calling the officers who conducted the operation murderers and demanded they be jailed. Rahul Gandhi too jumped into the fray and told all squatterâs that they call him if any such operation is attempted again. That Kejriwal called Rahul a kid showed that everyone was just trying to gain maximum political mileage from the event.

What kind of politics is this? The charge about the death of the child due to the demolitions was found to be untrue. The childâs parents made a statement before the police that the girl had died much before the demolition drive began and that the administration had informed them that the land would be reclaimed a day before the drive. Where does that leave the leaders who said that the officers were murderers?

It has become so appealing to provide sound bites before the television cameras that politicians have thrown all norms of decency to the winds. As soon as something happens, even before the details are out, politicians of all parties rush in to inform the nation about their reaction to the event. More often than not, they are proved wrong. But who cares? They find satisfaction in having had their say in front of millions of households watching prime time news in their drawing rooms. But politicians are not actors and they are not creating a make believe world. They are custodians of the real world and these actions of theirs are very unbecoming.