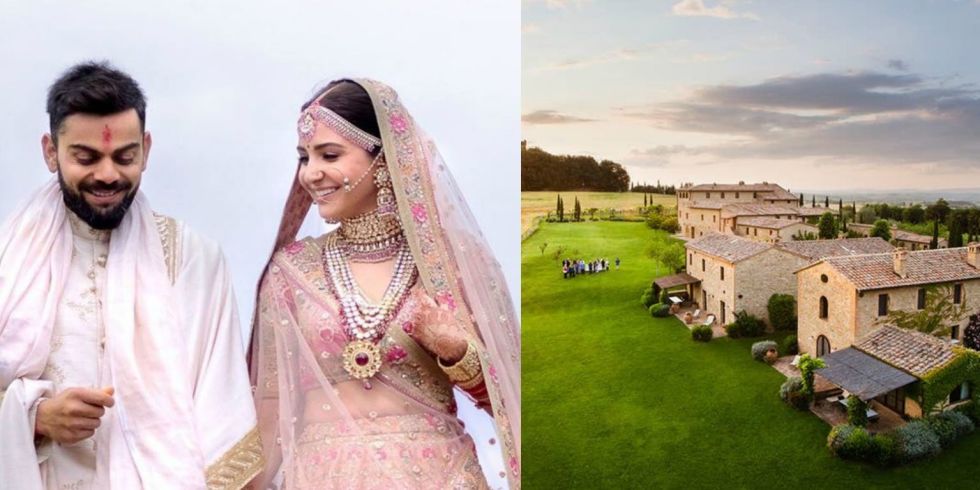 Anukriti is a student who dabbles in writing when she finds time. View all posts by this Author
Panna Lal Shakya must take the cake for suggesting that Virat Kohli is not a patriot for marrying in Italy. The BJP legislator from Bhopal in MP added that since Kohli earned in India, he had no right to spend millions in foreign currency on his marriage in Italy. Mr Shakya perhaps lives in the Stone Age. He is not aware that every year, thousands (and the number is rising exponentially) of Indians have their dream destination wedding outside the country. The choice of locale is guided mostly by the budget and could be anywhere from Thailand to the Far East, Australia, Europe or the US. Of course Indian destinations like Udaipur and other places in Rajasthan or resorts in Goa and Kerala are also in good demand, but people choose the place according to their liking and the budget.

One cannot be only classified a patriot if one marries in the marriage hall in ones locality  obviously the local decorator, florist and caterer too have hopes from one. So if a person from Gariahat (or RK Puram) gets married in Vedic Village (or a farmhouse in Chhatarpur), is he or she being unpatriotic to his or her locality? There can be no discussion on how one chooses to spend ones hard earned (tax paid) money or how and where one chooses to marry. At least, the Kohli marriage was a simple affair compared to the pomp and vulgar display of wealth in the marriages of the wards of some of our esteemed politicians.

Shakya is just trying to get his few hours of fame and the earlier the BJP puts a gag order on such people the better it is for its fast diminishing 2019 prospects.