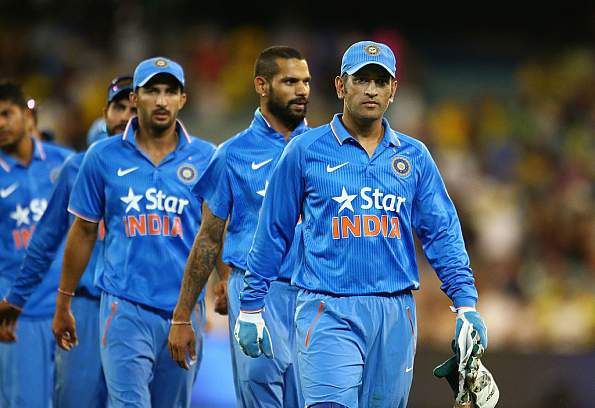 Editor-in-Chief of indiacommentary.com. Current Affairs analyst and political commentator. Writes for a number of publications. View all posts by this Author
Mahendra Singh Dhoni likes to do the unexpected, whether on the playing field or off it. By announcing that he would no longer be the skipper of the Indian team in both the shorter formats of the game, Dhoni has chosen to go when in full command. He had relinquished the Test captaincy two years ago when no one expected him to. He has done likewise for the ODI and T20 captaincy now.

Dhoni has been the best captain India has ever had in all three formats of the game. His record speaks for itself. There are trophies in World Cups and number one spot in all the formats to show for it. Dhoni has the quality to lead from the front and that spurred his players to give their best. He is an exceptional leader of men and a master strategist. His coolness and inscrutable face has fooled many an opponent in a long and distinguished career.

Now when he has chosen to give up the captaincy, there should be no quarrel with his decision. Maybe he could have gone on for a few more seasons, but these decisions are best left to the individual himself. If Dhoni felt that the time had come for him to pass the baton, so be it. He has built a strong team and groomed his deputy Virat Kohli well. The transition is going to be smooth, like everything else Dhoni does.

That he has made himself available as a player for now is a boon for the team. Dhoni is one of the best finishers in the game. Many times, captaincy had prevented him from playing his natural game. Sans that pressure, one expects Dhoni to contribute much more with the bat now. The paying public would be delighted to see him go out in a blaze of glory, if and when he chooses to do so.