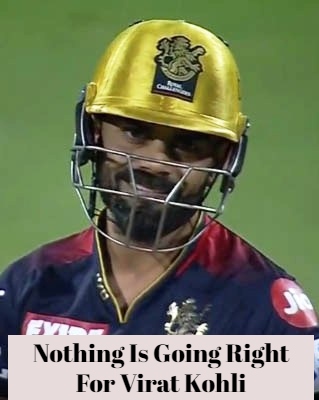 Does Virat Kohli Need A Long Break From Cricket?

Does Virat Kohli Need A Long Break From Cricket?

Is Virat Kohli facing a burn-out? Or is his lack of form something else? After his poor run in the ongoing IPL, the focus is back on one of India's most talented and accomplished batters. Former head coach Ravi Shastri, with whom Kohli shared a good equation when he was captain, has said that Virat needs a break from the game and it is absolutely necessary that he takes it as he still has six-seven years of cricket in him. Former England captain Kevin Pietersen feels that not only cricket, Kohli must take a break from social media too. Both these stalwarts are of the view that he is "overcooked" and need a complete break from the game. While Shastri suggested a month-and-a half or two-month break, Pietersen went as far as to suggest a six-month break for Kohli.

Although Kohli's poor form has been a matter of concern for long (the star batsman has failed to score a century across formats in 100 matches now, his last hundred coming against Bangladesh in a Test at the Eden Gardens in November 2019), his poor run in IPL 2022 (he has scored two 40's in 7 innings and was out for a golden duck in the last match against Lucknow Super Giants) has once again made experts debate what is wrong with his batting.

It is not as if Kohli is not aware that he is going through a bad patch. The pressure to perform is always on him. Being a senior player, he must be working on it and that must include the mental side too. If Kohli feels he is 'overcooked' then he will definitely take a break. But many times, players feel that a bad patch will go if they keep playing as one big innings is enough to bring the rhythm back. Obviously, as it over two years now, it seems it is not working in Kohli's case. But ultimately it is Kohli's call whether he needs rest and time away from the game to relax, rejuvenate and repair the damage or keep playing to get back in the groove.