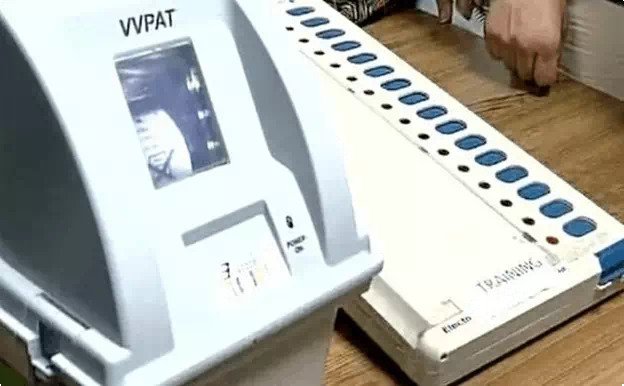 EVMs With VVPAT: Penalizing Voter For Complaining Is Unfair

EVMs With VVPAT: Penalizing Voter For Complaining Is Unfair

Editor-in-Chief of indiacommentary.com. Current Affairs analyst and political commentator. Writes for a number of publications. View all posts by this Author
When laws are made they seek to penalize wrongdoers without accounting for both advances in technology (including the sporadic erratic behavior of any technical device) and other laws. Hence it is that the Supreme Court is hearing a petition that seeks withdrawal of penal provisions in the Conduct of Election Rules, 1961 (CER) that provide for a jail term to voters who challenge the functioning of an Electronic Voting Machine (EVM) and are subsequently unable to prove their charge.

When any EVM is attached to a VVPAT, the paper should compulsorily reflect the same result that the voter had input in the EVM. Sometimes, the result is different. A voter is entitled to complain to the polling officer about such difference. But the catch is, if the polling officer tests the machine and finds its behavior perfect during such a test vote, the voter who complained will be hauled up under Section 177 of the Indian Penal Code read with Rule 49MA and maybe jailed or fined or punished with both. This deters many voters (a former director general of Assam Police refrained from complaining for this reason recently) and defeats the purpose of having a provision for complaining.

It is true that the election process can be intentionally disrupted if frivolous complaints are allowed to be lodged. Political parties and their musclemen have already devised many peaceful processes like booth jamming and questioning the bona fide of genuine voters inside the booth to delay the voting process in booths where they think that voters will not vote for them. If complaining about VVPAT is added to this list, very little voting might take place in some booths. But this does not mean that the right of the people to match their vote through VVPAT and complain if it is different can be taken away through threats of jail terms.

EVMs, being electronic machines, depend on their circuit boards and software to function properly. They can malfunction due to a host of reasons, extreme heat and dust (common in India) being two of them. Again, it cannot be guaranteed that an EVM that has reflected a different result in the VVPAT might do so again during a test vote. The machine might cool down (if it had heated up during continuous voting and if that was the reason for the malfunction) during the time it takes to complain and carry out the test vote. It might work perfectly then, putting the complainant in trouble.

Hence, there is a need to safeguard the sanctity and secrecy of the vote and protect the voter too. One feels that instead of one test vote, a best of five test votes can be carried out. If more than three results are different from the EVM, then the complaint should stand. Otherwise, a method should be devised to cancel the previous vote of the complainant and he should be allowed to cast a fresh vote. In any case, the penal provisions must be deleted. Some other method of preventing frivolous complaints must be thought of. Elections will be fair only if every vote is correctly recorded. Hence, a balance must be struck between verifying genuine claims of malfunction without penalizing the voter and preventing frivolous complaints.