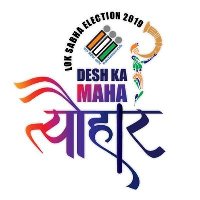 Shorter Elections Are The Need Of The Times

Shorter Elections Are The Need Of The Times

Editor-in-Chief of indiacommentary.com. Current Affairs analyst and political commentator. Writes for a number of publications. View all posts by this Author
The curtain has come down on the longest and most contentious elections in recent times. The elections proved that stretching the exercise for so long is not a good thing. Given the fact that Central forces need to be deputed for the exercise and that they are in short supply, ideally, the elections should be held in four phases, with a gap of 4/5 days between each. This would facilitate the movement of forces from one region to another.

One feels that India should be divided into four parts for this purpose  south, north, west and east. The south can include Andhra, Telangana, Tamil Nadu, Karnataka and Kerala, a total of 132 seats. The north can include UP, Delhi, Haryana, Punjab, Himachal, Uttaranchal and J&K, making up 126 seats. The west can include Rajasthan, Maharashtra, Gujarat, Goa and Madhya Pradesh, again a total of 132 seats. The east will have Odisha, Chhattisgarh, Bihar, Jharkhand, West Bengal, Sikkim, Assam and the rest of the north-east for 153 seats. Union territories will be absorbed in respective regions. If elections are held in each region with a gap of 4 days, the whole process will be completed in 16 days and the results will be out of the 19th or 20th day.

That would shorten the exercise and perhaps also reduce the expenditure of candidates. The only thing that will not be possible will be the big and repeated rallies by star campaigners. But with so many other avenues now available to political parties, the reliance on public rallies should be reduced in any case. Further, it is not the Election Commissions job to facilitate campaigning by parties. It should conduct elections in a way that it takes the shortest time and causes the least inconvenience to the people. One feels that a shortened exercise will also reduce incidents of violence. The EC rightly calls the elections Desh ka Maha Tyohar or the mega festival of the country. But it should also recognize that very long festivals can get irritating and boring.