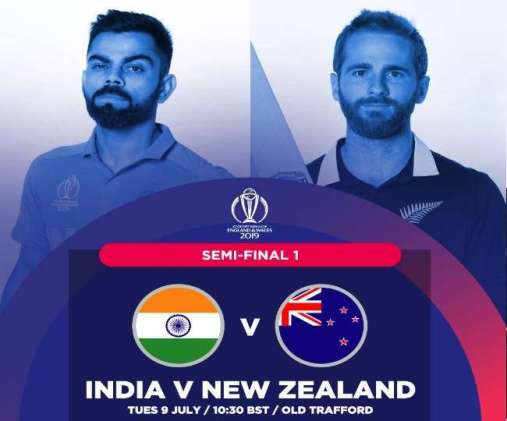 First Semi-Final: Expect A Cracker Of A Match

First Semi-Final: Expect A Cracker Of A Match

An upbeat and strong India takes on New Zealand in the first semi-final of the ICC Cricket World Cup today. Since their preliminary stage match was washed off, both teams will face each other for the first time in this tournament.

While New Zealand started their campaign on a strong note by winning the first five matches they actually got to play, their campaign has faltered in the latter stage as they lost to Pakistan, Australia and England. Against England in their last match, the team folded up for 186 runs in 45 overs, losing the match by 119 runs. The main worry for the Kiwis is the form of Martin Guptill and the repeated failures of their opening pair. In a World Cup where opening partnerships have prospered, New Zealandâs inability to start well has stood out. Their bowlers, too, have not been able to perform well against the better teams in the tournament. Kane Williamson, however, has been in good touch and has been leading the side well.

India, on the other hand, is riding the form of opening batsman Rohit Sharma and strike bowler Jasprit Bumrah to vanquish all opponents. Their only loss in the preliminary stage was to England while they failed to set a good target against Afghanistan but managed to defend a small total. Otherwise, the team is playing as a unit with both the bowlers and the batsmen contributing well. The Indian fielding has also been top notch. The only area of concern is the middle order that has failed to fire. Indian captain Virat Kohli has good scores in the Cup but has not struck a single century, something that is likely to be set right in this match.

Both teams are evenly balanced and it promises to be a cracker of a match. So finish your work by 2.30 pm, reserve your favourite seat in front of the television, arrange for refreshments and spend an engrossing second half of the day today. The toss is at 2.30 pm and the fireworks start at 3 pm (IST).