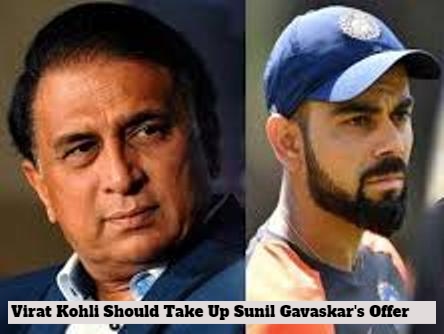 With India's master batter Virat Kohli facing difficulties at the crease for the last couple of years and not coming up with performances matching his talent and stature, his prolonged loss of form is being discussed animatedly in cricketing circles for the last couple of months. The opinion is divided on many counts - while some experts, notably former Team India head coach Ravi Shastri, feel that Kohli is facing a burnout due to playing so many matches and needs rest, others like former India captain and master opening batter Sunil Gavaskar feel that he can regain his form not by sitting out but by playing matches. On the other hand, Kapil Dev feels that Kohli should be dropped from the team while former Pakistani pace spearhead Shoaib Akhtar and Australian great Ricky Ponting feel that having Kohli in the team puts pressure on the opposition and he should not be dropped.

Even as the debate rages on, Sunil Gavaskar has said that if he gets 20 minutes with Kohli, he might be able to pinpoint the problem he is facing in his batting and that would help him to get back into form. One can obviously think that with Rahul Dravid as head coach of Team India, there is no need for outside help. But Sunil Gavaskar is eminently qualified in this regard. If there was one batter who was sure about where his off stump stood and which deliveries to leave, it was Sunil Gavaskar. If he feels that he can help Virat Kohli and wants just 20 minutes with him, one feels that Kohli should grab the offer. It will be better for him and for Team India. In fact, Rahul Dravid should also join the session if and when it happens so that he can help Kohli later using the tips Gavaskar gives. One is sure Kohli has tried many things to get back into form. It is obvious they have not helped. So there is no harm in having a session with Gavaskar as he has made an unconditional offer with a genuine desire to help.