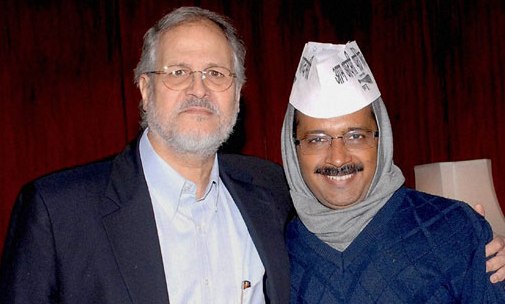 Editor-in-Chief of indiacommentary.com. Current Affairs analyst and political commentator. Writes for a number of publications. View all posts by this Author
AAP thinks that the huge mandate it has received in Delhi has given it a carte blanche to stream roll conventions, guidelines and long running systems without changing the law. It thinks that the mandate is for it to govern in whichever way it thinks it is good.

But elections in India do not bestow such rights on the victors. There is the Constitution and there are hundreds of acts, both Central and State, within which all elected governments have to function. The Left front ruled West Bengal, Kerala and Tripura for many years at a stretch. Although they had a vastly different ideology (for many years, the ruling Left front did not let the CM hoist the national flag on Independence Day functions), even they largely adhered to constitutional legalities. Occasional tiffs with governors (Ã¢â¬Åstooges of the ruling parties at the CentreÃ¢â¬Â) were not unknown, but things were kept in check.

But Arvind Kejriwal and AAP have a running feud with the Lt. Governor of Delhi, Najeeb Jung. Before the elections, when he had no heeded their advice to dissolve the assembly, they had accused him of helping the BJP install a government through backdoor. After victory, Kejriwal issued directions to ministers and senior officials of Delhi government not to send files pertaining to police, public order and land to Jung's office, but the Lt. Governor directed top officers to send all files to him as per constitutional guidelines and laid down the procedures for the same. In the latest tiff, they have tried to stall his appointment of Shakuntala Gamlin as additional chief secretary. The officer has however ignored the Delhi government advice and has assumed office.

These tiffs have the potential to derail the governance of Delhi. If AAP thinks Jung is acting as an extra-constitutional authority, it should challenge his orders in court. But such public mudslinging will have the effect of confusing officers. Shedding its anarchist image, AAP should learn to govern within the constitutional framework.