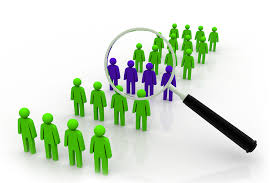 Editor-in-Chief of indiacommentary.com. Current Affairs analyst and political commentator. Writes for a number of publications. View all posts by this Author
Just a day after Rahul Gandhi accused Prime Minister Modi and the BJP of dividing people, the Congress government in Karnataka has done something that smacks of the same, reinforcing the fact that all parties act in the same manner when it comes to political expediency. Taking refuge behind the Justice Nagamohan Das committee report, the state government has recommended to the Centre that the Lingayat community be granted minority status. It has sought to overcome the reservation of the Lingayats against the Veershaivas by making them a sub-sect of the Lingayats by virtue of which they will also be accorded the same status. When W Somerset Maugham had said that the most useful thing about a principle is that it can always be sacrificed to expediency, he must have had Indian politicians and political parties in mind.

The Hindu pantheon is believed to have 36 crore gods and goddesses. Add to this the burgeoning living saints, babas and gurus and the figure bloats further. If there are 80 crore Hindus in India, then each Hindu can claim to be a minority on the strength of his or her devotion to one particular god, goddess, saint, baba or guru. The practice of granting minority status to Hindu sub-sects is nothing but a huge scam. Assorted groups demand this to avail the various benefits and concessions available to minorities. The Congress is expert at dividing Hindus along these lines. In January 2014, it had granted minority status to Jains. The current decision by the Congress government in Karnataka is nothing but an attempt to divide voters ahead of the assembly elections. The Centre should stand firm and refuse to grant this status to either the Lingayats or the Veershaivas as this is likely to open the flood gates for similar demands all over India.