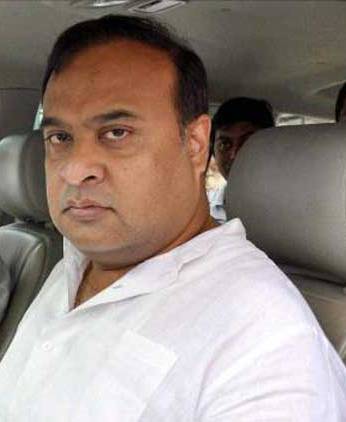 Editor-in-Chief of indiacommentary.com. Current Affairs analyst and political commentator. Writes for a number of publications. View all posts by this Author
The Ã¢â¬ËdefectionÃ¢â¬â ¢ of Himanta Biswa Sarma to the BJP has thrown Assam Congress into turmoil. Four legislators who went to Guwahati airport to receive him on his return from Delhi have been summarily suspended and another 5 have been served with show cause notices. This development is likely to further weaken the Congress in the state.

Sensing an opportunity in the state after its spectacular performance in the Lok Sabha elections, BJP dominated NDA government started squeezing the state government. Account statements for funds disbursed earlier were asked for before committing further funds. Schemes were examined with a fine toothcomb. Overtures were made to ministers who were seen as rebels.

Himanta Sarma was the chief organizer for the party in Assam. As health minister, he is credited with having brought about a sea change in the way medical services were delivered in the state. His name cropped up in the Saradha scam and since then the state leadership has been at loggerheads with him. His requests for meeting Rahul Gandhi were also ignored by the party high command in Delhi. So Sarma went ahead and contacted Amit Shah and joined BJP.

A person of SarmaÃ¢â¬â ¢s stature does not act alone. Due to his excellent organizational skills, Sarma is expected to carry with him a large chunk of the state Congress leadership to BJP. This is bad news for the Congress which is fast losing ground in the state. Tarun Gogoi is losing his grip, as well as his charisma.