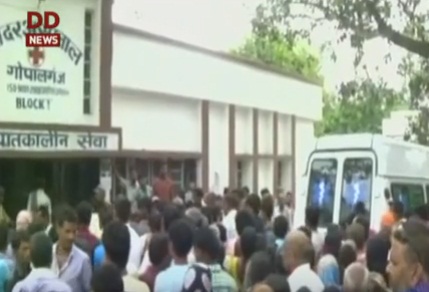 Editor-in-Chief of indiacommentary.com. Current Affairs analyst and political commentator. Writes for a number of publications. View all posts by this Author
What happens when a tragedy related to illegal hooch consumption happens in a state of India which is dry? Especially in a state that has recently added draconian provisions in law to plug leakages in its attempt to ban manufacture, sale and consumption of many kinds of intoxicants? While the officialdom engages in a charade to misinform press and public in order to save their skins, the zealous chief minister, in a first of its kind, officially contradicts his officers and promises stern action against the culprits.

Officers in Gopalganj district (home of Lalu Prasad, where the tragedy occurred) looked like fools when they first said it was nothing more than food poisoning and tried to hush-up the matter. Top brass in Patna parroted their version. Later, other excuses were added. It was an attempt to prove that all was hunky dory with the prohibition policy. Officers could not admit that illegal hooch was being manufactured and sold under their watch. That would have been an admission that the policy was failing.

But the chief minister was more pragmatic. His view throughout was that nothing could be said before enquiries showed concrete result and if hooch was involved, the culprits would be punished. He has already suspended the SHO and 25 police officers of city police station of Gopalganj. Having staked his political career on prohibition, Nitish Kumar has no other option. But he fails to realize that there is no foolproof method of total prohibition. Illegal manufacture and sale of liquor takes place and is an infinitely greater threat to the health and financial ruin of the citizens.

This is the first such tragedy that has come to light in Bihar after prohibition was clamped down. The administration has to be vigilant. Officers have to recognize the threat and should be warned against playing it down as and when it occurs. Policing has to be supplemented with social initiatives. Nitish Kumar has defended his policy recently by saying that his government was taking huge social initiatives to involve the public. But if hooch is being made, sold and consumed illegally, his efforts are lacking somewhere. Or the widespread support he claims for his policy is not there on the ground. Kumar needs to make a detailed analysis of what is going wrong and put remedial measures in place; otherwise such tragedies will keep occurring.