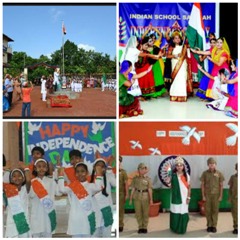 Editor-in-Chief of indiacommentary.com. Current Affairs analyst and political commentator. Writes for a number of publications. View all posts by this Author
India is a huge country with many languages and widely different cultural practices in each state. Unity in diversity has been our hallmark. In such a scenario, an administrative order (or even advisory) asking schools all over the nation to celebrate Independence Day in a particular  straitjacketed  manner is not correct.

Schools all over the country have been celebrating Independence Day with gutso ever since 1948. Apart from ensuring that the national flag is unfurled in the correct manner and with respect, the government does not  and should not  have a say in how the rest of the programme unfolds. Bengal chief minister Mamata Banerjee was right in saying that schools will continue to celebrate the day as they have been doing since ages.

In most schools, region specific cultural programmes are the flavor of the day. These programmes obviously include remembering freedom fighters, again with a regional touch. There is nothing wrong in that. It is not necessary that the whole country should sing paeans to the known figures only. Local heroes also need to be remembered. Further, it brings out the creativity in teachers and children when they think of new projects for the day every year. Hence, all schools should be free to decide how they celebrate the day.

To be fair, the Central government clarified that its administrative notice was just an advisory. But the very fact that someone in the government could think of something like this (that seeks to make things regimental) smacks of cultural hegemony. It gives out a clue that the government would want all India to think, behave and celebrate in one particular manner. The day that happens, the idea of India itself would die.