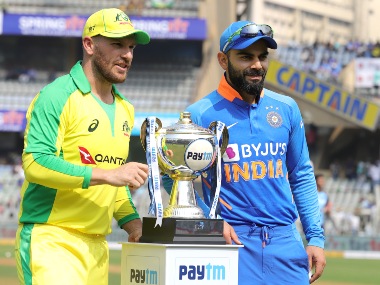 After being blown away by superlative batting from David Warner and Andrew Finch in the first ODI, the Indians made a great comeback by winning the next two games and the series 2-1. The first match went against the run of the current form displayed by the Indian team. The batsmen were completely at sea against the Australian pacers and could not post a competitive total while the bowlers were surprisingly off colour and allowed Warner and Finch to dictate terms from the word go. It was one of those rare bad days in the office for the Indian team.

But the way the team bounced back in the next two ODIs showed its class and depth. India versus Australia has now become the showpiece contest as both teams often vie for the number one tag. Australia was struggling for the whole of 2019 due to the suspension of Steve Smith and Warner. With the two back in the team and firing from all cylinders, the just-ended series was expected to be fiercely competitive.

In the end, although the Australians played well, the Indians were a wee bit better in all departments. Smith scored a valiant 98 in the second game but could not take the team past the tape and his brilliant 131 in the last game was not enough to stop the Indians. For the home team, Shikhar Dhawan, Virat Kohli and KL Rahul fired in the last two games and the hosts showed they were comfortable in both defending and chasing.

The Australians got a consistent and classy performer in Marnus Labuschagne who, with scores of 46 and 54 in the last two games (Warner and Finch did not allow anyone to bat in the first match), showed that he is going to be the mainstay of the Australian middle order in years to come. Similarly, the Indian ploy of using KL Rahul at number five in the last match worked well. This Indian team has got the right mix of batsmen and bowlers. The only problem is the wicketkeeping slot where Rishabh Pant has consistently failed to grab the numerous opportunities being provided to him. KL Rahul kept wickets well in the last two matches but he cannot be a permanent solution.