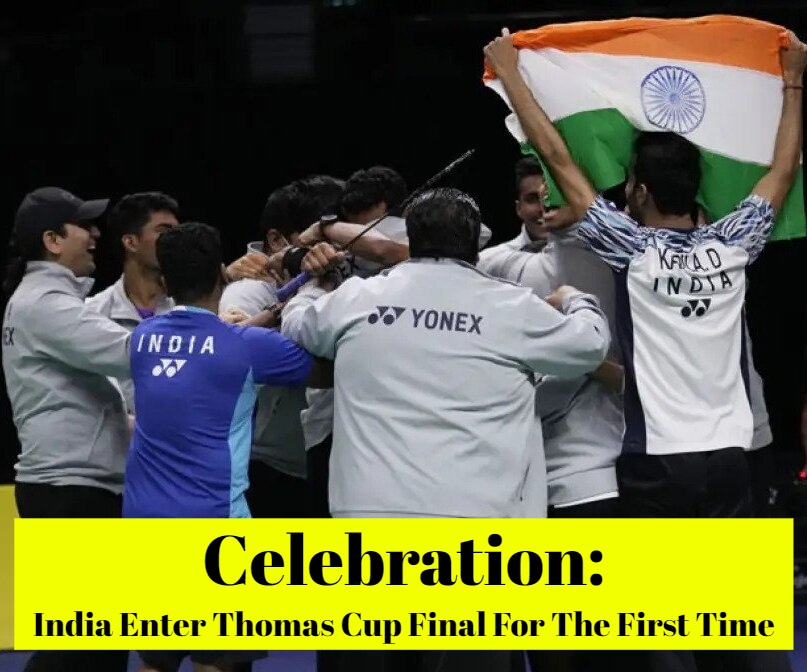 In an exciting semi-final match, the Indian men's team put it across Denmark 3-2 to enter their first Thomas Cup final in Bangkok yesterday. While the first match of the rubber was tough as Lakhsya Sen was up against world number one Victor Axelsen and lost the match 13-21,13-21, India pulled it back in the doubles as S Rankireddy/C Shetty beat Kim Astrup/M Christiansen 21-18, 21-23, 22-20. Then, India's top player K Srikanth beat world number three Anders Antonsen 21-18, 12-21, 21-15 to put India in the lead. But the lead was squandered by the doubles pair of K P Garaga/V G panjala who lost tamely to A S Rasmussen/F Sogaard 14-21, 13-21. But a brilliant H S Prannoy then defeated R Gemke 13-21, 21-9, 21-12 to win the rubber for India.

Denmark was the fancied team as it had world number one Viktor Alexsen and world number three Anders Antonsen. In contrast, Lakshya Sen is number 9 and K Srikanth is number 11. Their doubles pairs are also ranked much higher than the Indians. Further, India had entered the semi-finals after four decades and the Danes have better experience in absorbing the stress of playing in the last stages of big tournaments. But the Indians held their nerves and in all matches they won, came back strongly in the deciding set after the first two ended in a tie. It was a memorable and historic win for the team.

The way H S Prannoy played the last match with steely determination even after aggravating his ankle injury in the first set was praiseworthy. The doctor attended to him at the courtside and then Prannoy came back strongly in the second and third sets to seal the rubber for India. The Indian team is at number 9 in the world rankings. Having beaten Denmark, the number four team in the world in the semi-finals, it will now take on Indonesia, the number two team and 14-time Thomas Cup champions. If the Indians display the same form and determination as they did against Denmark, they might bring the Cup home for the first time.