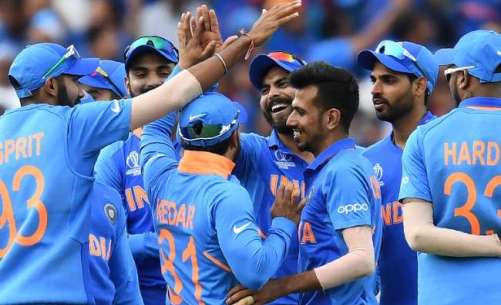 India Had A Plan And Stuck To It Professionally

India Had A Plan And Stuck To It Professionally

The Australians did everything right. The pitch was a perfect batting strip, although the odd ball was jumping. But it was not enough to beat India. In the end, the way the Indians scored in the last 10 overs was the only difference between the two sides. India scored 120 runs in those 10 overs, taking their score from 252 to 352 and that put it beyond Australia. Otherwise, the two teams were running neck to neck per block of 5 overs, although Australia lost a few wickets more.

The second big difference was the way Shikar Dhawan paced his innings and the way David Warner did not. Dhawan had not been in the prime of form recently. But such is his dominance in ICC tournaments in England (he is by far the top scorer in these tournaments with over 800 runs) that he continued the tradition with a fine century. When the Australian bowlers were fresh, he prodded and survived. Later on, he unleashed a flurry of strokes to take India to a commanding position. Kohli batted like only he can, only leaving the stage for Pandya for a few overs to ramp up the scoring rate. 321 had been chased at this ground, so India did well to score over 350.

Warner, on the other hand, was subdued and off-colour throughout the innings. Every over, one waited for him to explode, but the Indian bowlers stuck to a plan, bowled at his body and did not give him any room to execute his strokes. Finch was going well but went for a run that maybe was there but brilliant fielding by KL Rahul and presence of mind of Hardik Pandya got him run out. Smith was batting well before he missed a straight delivery to be plumb in front. Khawaja started well but invited his doom by trying a reverse flick against the flow of play, only to be comprehensively bowled. One feels that changed the momentum and India got a firm grip on the match, although Maxwell and later Carey tried to regain the momentum for Australia but it was too late.

The Indians had a plan and they executed it well. That, in the end, was the major difference between the two sides. If India continues to play in this vein, they are likely to make the semifinals. After that, it can be any oneâs tournament.