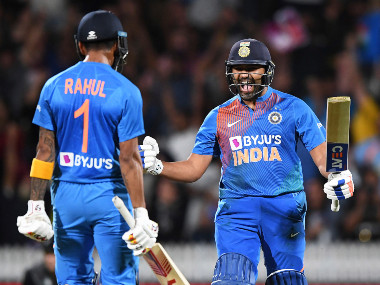 The third T20 match in the ongoing series between India and New Zealand was sensational and nerve-racking at the same time. Twice in the match, it seemed that India had lost it but both times someone from the team put his hand up and put in a brilliant performance to turn the match on its head.

In the 20th over in the New Zealand innings, it was all but over for India as the hosts needed just 2 runs off 4 balls. But Mohammed Shami was not done yet. With the third ball, he induced an edge from the well-set Kane Williamson and KL Rahul caught it to dismiss the New Zealand captain on 95. The fourth ball was missed by Tim Seifert. The fifth was also missed but the wily Ross Taylor crossed over to face the last ball. For the last ball, Shami bowled a well-directed full-length delivery and Taylor could only manage to drag it on to his stumps to take the match into the Super Over.

If one thought that that was enough of drama for the day, more was on display in the Super Over. Jasprit Bumrah was taken to the cleaners by Kane Williamson as New Zealand posted a challenging 17 runs. With India needing 18, Rohit Sharma and KL Rahul could manage only 8 in the first four balls. India needed 10 runs off the last two with Rohit on strike. New Zealand thought they had it in the bag. But they had not reckoned with The Hitman. Rohit sent the next two deliveries flying into the stands for two towering sixes to power India to a win, leaving the hosts stunned and the Indian players and fans across the world delirious. In the process, he also confirmed his position as one of the most awesome hitters in the game.

With that, India won a T20 series for the first time in the island nation. It also proved that the team has now become capable of winning consistently overseas. It showed how it no longer buckles under pressure and is not overly dependent on a few individuals. If Bumrah had an off day, Shami stood up to the challenge. If KL Rahul had an off day, Rohit Sharma made up for it. They are playing like a team and supporting each other well which is what the game of cricket is all about.