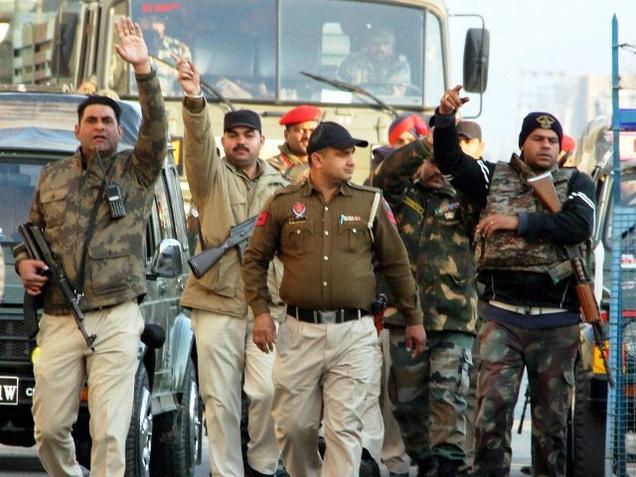 India Should Learn From Security Bungling at Pathankot

India Should Learn From Security Bungling at Pathankot

Editor-in-Chief of indiacommentary.com. Current Affairs analyst and political commentator. Writes for a number of publications. View all posts by this Author
image courtesy: thehindu.com

Are Indian security agencies slipping from the high standards they have set themselves? First, too many red flags were overlooked and a band of terrorists were allowed to sneak into a high security zone. Then, it was said that the sanitizing operation was complete and the Air Force base had been secured. Even the prime minister made a quick visit to take stock of the situation. Yet, later, a mobile phone and an AK-47 assault rifle were found in the vicinity. How could this happen? Was the combing and sanitizing party not responsible for conducting a thorough check? If so, how were such vital things not recovered before the âoperation completeâ bugle was sounded?

It is all very well for the defence minister Manohar Parikkar to say that India will cause pain to those who have caused it pain (and many people are of the opinion that Pakistanâs proxy war should be countered by a proxy war by India). But to do so, one first needs to keep oneâs own house in order. With the Pathankot attack showing Indian security agencies in very poor light, a lot of belt tightening is required before India can even think of fighting fire with fire.

Then there is another factor that comes into play. Pakistan has a ready shield under cover of which it carries on with its nefarious proxy war â Kashmir. It plays on Kashmiri sentiments and entices youth from the region to wage war on India with the promise of Azad Kashmir. What is surprising that despite having full knowledge about Pakistanâs nefarious designs and satellite pictures of terror camps inside Pakistani territory, Western powers keep mum on the issue and even support that country.

Since India cannot play on Pakistanâs internal problems to create disturbances there, the only option left for it is hot pursuit of terrorists, like the operation the army conducted in Myanmar. But the ground realities are different. Myanmar does not support Indian rebels. While it is doubtful that it permitted the army to conduct the strike, it chose not to raise the issue as the operation was clinical, took very little time and did not harm any Myanmar citizen. Also, the border from where Indian troops entered is not seriously manned on the Myanmar side.

When it comes to pursuing terrorists inside Pakistani territory, the first thing is that most of those who enter India covertly are jihadis and have no intention to return back unless extraneous circumstances force them to, or perhaps if they are able to complete their operation without being detected. Second, when the Indians have no clue how and when they enter, how will they know how and when they will go back. Third, Pakistan denies that they are from that country or even that they entered India from Pakistan. Fourth, Pakistani border is heavily manned and closely monitored by the Rangers. Fifth, Pakistan is never going to permit the Indian Army to indulge in âhot pursuit.â Any ingress the Indians make will be immediately noticed. It will certainly be repulsed and can even lead to a war.

Hence, the defence minister needs to spell out how he will go about causing pain to those who have caused immense pain to India over the years. High sounding words can make good headlines but do not benefit the country. The first step the minister should take is to fix responsibility and blame and take action against those found wanting after the NIA investigations are complete. We have to admit that the security agencies did a bad job at Pathankot and ensure that things are better handled if and when the next strike happens.