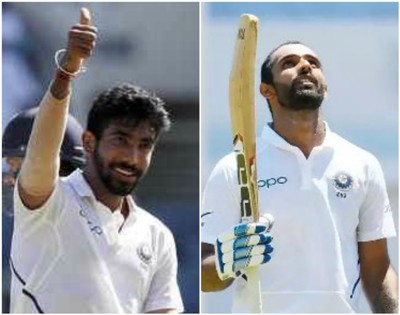 India crushed the West Indies by 257 runs to win the second Test at Kingston, Jamaica to win the series by 2-0. With that, India took the top position in the ICC Test Championship series that kicked off with this series between the two countries. Virat Kohli became the most successful Test captain for India with 28 wins, surpassing the 27 that were achieved under M S Dhoni. Rishabh Pant became the fastest Indian wicketkeeper to nab 50 victims behind the stumps in only his 11th Test.

The match itself was one-sided in which India never allowed the islanders to dictate terms. At one stage in the first innings, the West Indians were reduced to 13-4 and then 22-5 with Jasprit Bumrah on fire, having taken all 5 wickets to fall, including a hat-trick. Hanuma Vihari, easily the find of the series for India, scored 111 and 53 not out and was rightly declared the player of the match. For the record, India scored 416 in the first innings and 168 for 4 in the second after preferring not to enforce the follow-on. The West Indies could only score 117 and 210 in the two innings.

Going forward, India must be worried about the continued failure of its top order. KL Rahul, Mayank Agarwal and Cheteshwar Pujara failed to fire and with Kohli, too, having an indifferent series, it was left to Ajinkye Rahane and Hanuma Vihari to build the innings most of the times. But it also showed the depth of Indian batting. The bowlers did a fantastic job and never allowed the West Indies batsmen to settle. Bumrah, Ishant Sharma and Shami make a potent bowling attack and will be a handful for most teams. But this West Indies team is actually not up to the mark and the real Test for the Indian team will be when it faces South Africa next month.