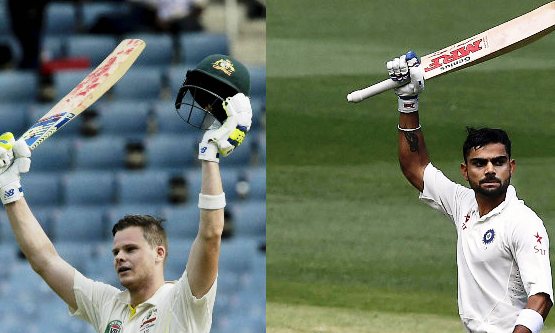 Editor-in-Chief of indiacommentary.com. Current Affairs analyst and political commentator. Writes for a number of publications. View all posts by this Author
With India winning the final Test at Dharamshala and with it the 4-Test series by 2-1, the curtains have been drawn on one of the most acrimonious Test series in recent times. The answer Virat Kohli gave to an Australian scribe sums up how the series changed friends into foes. Kohli had said at the beginning of the series that he considered many Australian cricketers to be his friends. In his interaction with the press after the final Test, Kohli said that that has changed for sure.

The positives for India were many  the coming of age of K L Rahul and Ravindra Jadeja, the blossoming of Umesh Yadav into a penetrative strike bowler, the solidity of Cheteshwar Pujara and Wriddhiman Saha and the captaincy of Ajinke Rahane in the last Test. The biggest glad factor was that the team could beat the Australians even without Virat Kohli making a major contribution throughout. The skipper had one of his worst series. Yet, his was the presence that threatened the Australians. He was the one who was targeted and all kinds of attempts were made to make him feel small. But his one act of serving drinks to his mates when out of the team in the final Test showed the world that Virat Kohli is a man without ego. It made him so big that nothing the Australian media threw at him  including a comparison with Donald Trump  could make him small in the eyes of the world.

The Australians themselves gained much. Smith was in awesome form and continued his run as the top Test player in the world. Pat Cummins and Glen Maxwell performed awesomely in their comeback series after long lay-offs. Nathan Lyon proved he is a handful on Indian pitches. Only the injury to Mitchell Starc and David Warners loss of form must have worried the tourists. The other thing where they erred was in taking DRS reviews. Some of their decisions were so baffling they bordered on the childish.

If the Australians had not decided before coming to India that they were going to play dirty, they could have even won the series. For, apart from the second innings of the final Test, they matched India every ball and every stroke. If their focus was on the game instead of sledging, they could have turned the tables. Yet, Ian Healy called Virat the worst sledger. One can only repeat the clichéd proverb  those who live in glass houses should not throw stones at others. The Australians have never played fairly. They resent when India is now giving them back with interest.