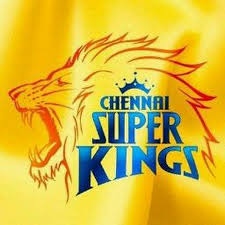 This year's IPL has started on the wrong note for defending champions Chennai Super Kings (CSK). Just a couple of days before the tournament began, long-time captain and iconic players M S Dhoni passed the baton of captaincy to Ravindra Jadeja. The team has been restructured and has many new players. To top it all, it has lost three games on the trot, something which has not happened since IPL began.

So what is wrong with CSK? Has the change in captaincy affected the morale of the team? Or is the transition phase costing it dear? One feels that it is a combination of both. The way M S Dhoni took control of things on the field in the match with Lucknow Supergiants (LSG) shows that despite giving up the captaincy, he can override Jadeja. Dhoni was criticized in the media for his overreach.

Nothing seems to be clicking for CSK. Its batters are not in form and could not reach the target of 181 set by Punjab Kings in the third match. They folded up for just 126. In the match against LSG, though the batters put up a competitive score of 210, the bowlers were wayward and allowed LSG batters to overhaul the score. Rituraj Gaikwad has not lived up to his star billing. A Rayadu has also not clicked. In short, this year CSK has not got the team combination right.

But this is going to be a long tournament and CSK has the experience to bounce back. Yet, looking at the form of its players and the listless way the team is playing, it is going to be tough for it this year, especially as other teams are in good form. The CSK players will have to lift their game and play to potential to bring the team back in the hunt.