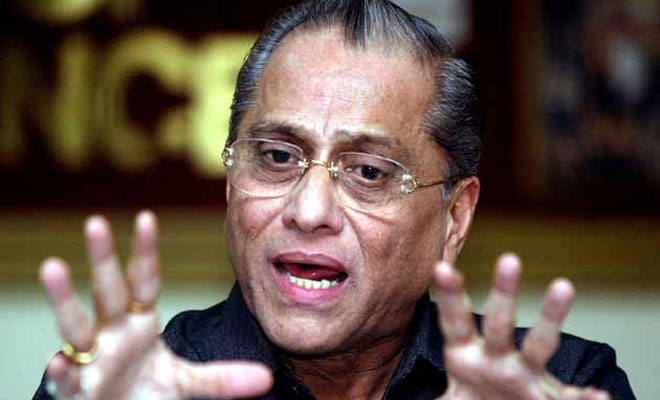 Jagmohan Dalmiya: A True Lover of the Game

Jagmohan Dalmiya: A True Lover of the Game

Editor-in-Chief of indiacommentary.com. Current Affairs analyst and political commentator. Writes for a number of publications. View all posts by this Author
Jagmohan Dalmiyaâs death has left a big void in cricket administration in India that will be very difficult to fill. Jagguda, as he was fondly called, was a master of making things work favourably for cricket in India. In doing so, he made Indian cricket a force to be reckoned with in the cricketing world.

On a visit to the offices of the Cricket Association of Bengal (CAB) in Eden Gardens about 37 years ago, a youngster (then) like me was surprised to hear loud voices coming from Jaggudaâs chamber. The door was open and I peeked inside to see a gentleman gesticulating wildly at Dalmiya. He was threatening that Dalmiya will get no post in the ensuing elections. All through this, Jagguda kept his cool and never uttered a word. In the end he said âplease do whatever you can and I will do my duty.â In the elections that followed, Dalmiya was elevated to the post of CAB president.

It was because Dalmiya had the good of Indian cricket and the players in his heart that he made more friends than enemies in his huge innings as a cricket administrator. During his era, the monopoly of Doordarshan over telecast rights of cricket matches was smashed. The Board got immense royalties from these rights and cricketing infrastructure increased by leaps and bounds in all states. Existing facilities were also made world class. Players started to get a respectable amount for the efforts they put in to bring the spectators to the ground. There was clockwork efficiency all around and cricket captured the imagination of the nation like never before.

The biggest tribute to Dalmiyaâs work is that two ex stalwarts of the game, Sunil Gavaskar and Bishan Singh Bedi, who otherwise do not see eye to eye on most things, have been effusive in their praise for the man in their columns. Dalmiyaâs biggest contribution was that he could, through his persuasive powers, often bring warring factions together. Indian cricket has lost a true and hardworking administrator.