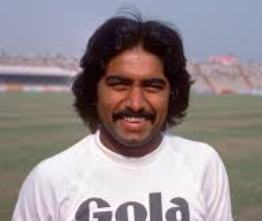 Editor-in-Chief of indiacommentary.com. Current Affairs analyst and political commentator. Writes for a number of publications. View all posts by this Author
Even in his playing days, there was no love lost between Javed Miandad and the Indians. But that could have been attributed to the intense rivalry between the two cricket playing nations. But what Miandad has now said and the manner in which he said it shows that he was as prejudiced against Indians then as he is now.

Miandad has questioned the parentage of PM Modi and has said that the Indians do not know who they are challenging. He said that every Pakistani man and child was itching to fight India. He also said that if Pakistanis were to die, there would be no better way for them than to die fighting India.

For the last few days, we are having a huge debate in India about artistes and sportsmen being sensitive people with no relation to terrorism. We are being told that they should be left alone. But what does one do when an ex-cricketer displays that he has such deep seated acrimony against a country that gave him so much love and affection when he toured it in his playing days, even after he stunned India by taking Pakistan to victory by slamming a last ball six in a match in Sharjah? If this is the kind of sensitivity artistes and sportsmen have, then we must get rid of Pakistani artistes soon. One knows that Miandad does not represent the whole of Pakistan, but being an iconic cricketer, he is an opinion builder. If he has such venomous opinion on India and its leadership, one is sure that there are many such celebrities in Pakistan who think likewise. The poison is in the mind. From madrasas to masjids, anti-Indianism is par for the course in Pakistan. If the social fabric is infected, few can escape being diseased. It is just that some show it all the time and some hide it, only for it to be exposed under stress.

Or is it because Miandad is now a samdhi of Indias most wanted don, the notorious Dawood Ibrahim?