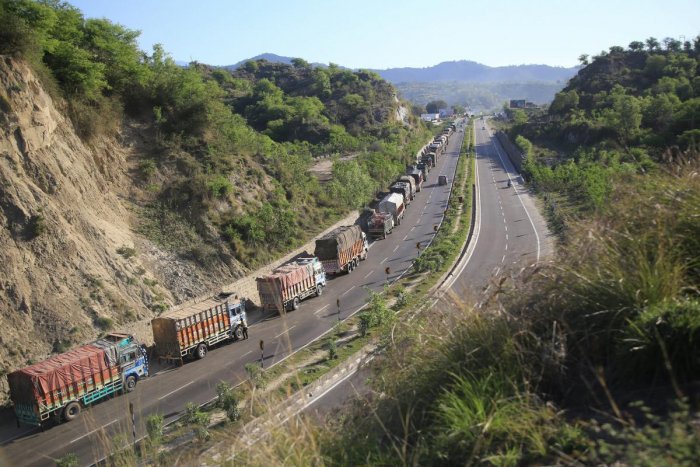 Linus tackles things head-on. He takes sides in his analysis and it fits excellently with our editorial policy. No 'maybe's' and 'allegedly' for him, only things in black and white. View all posts by this Author
Expectedly, the closure of National Highway 44s Udhampur-Baramulla section created chaos and protests in J&K. Any national highway is the lifeline of a state as it facilitates movement of vehicles, goods and people. National Highway 44 is important in J&K as it is one of the two road that connects the valley to the rest of India. Closing down a section of it for two days a week to sanitize it for movement of security forces is both an admission on the part of the government that it has failed to secure the highway and also highly inconveniencing for the citizens.

But if the highway needs to be closed for movement of troops, it means that the government considers it unsafe. It means that the government feels that terrorists can attack the convoys. The same can also be true for hapless citizens and convoys of supplies. Civilian targets can also be attacked  in fact they have been attacked in the past  to spread terror. Are lives of ordinary citizens less valuable? Upgrading security for the highway must be both for security personnel and civilians.

Hence, closing the highway completely for two days is not the answer. In fact, in troubled areas, closing of roads results in further alienation of the people. The government has always maintained that a handful of separatist leaders and misguided youth lured by Pakistan-based terror organizations are behind the problem in Kashmir. If that is so, then instead of closing highways it should minutely examine the intelligence failure that led to the Pulwama attack. At the same time, it should make its intelligence network robust enough to keep tabs on these people creating the problems.

Movement of security forces is a major operational input in troubled areas. Obviously, it is done for the benefit of the people and to ensure peace. Sometimes it is also done to let the terrorists know that the forces are prepared and reinforcements have been put in place. The best way is that instead of closing the highway altogether, one flank can be used for troop movements on two days while the other flank can be made both ways for civilian traffic. It might create snarls but it will still be better than having no civilian movement. The other option is to move troops by air. If our netas can burn the nations money by flying at the drop of a hat, one feels that our soldiers can also do so to protect the nation, especially when their lives are at stake.