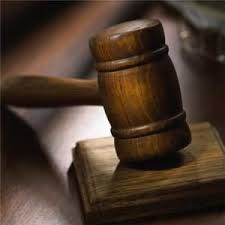 Judges Should be Punished for Disregarding SC Guidelines

Judges Should be Punished for Disregarding SC Guidelines

Editor-in-Chief of indiacommentary.com. Current Affairs analyst and political commentator. Writes for a number of publications. View all posts by this Author
Is it enough for a high court judge to recall an order which he passed after a rap from the Supreme Court? One is of the opinion that there should be more to it.

When a high court judge passes an order that disregards repeated Supreme Court observations and is not supported by any statute, it is definitely not enough for that judge to simply recall that order to set right his mistake. This luxury to escape punishment for doing something wrong and illegal should not be afforded to a person of the status of a high court judge.

The question that needs to be asked is that did the judge meet the ends of justice in his original order. Did he follow the law, rules and procedures when he signed the same? Or did he let his personal prejudices colour his judgment?

One is talking about the Madras high court judgment that allowed a rapist to be released on bail in order to facilitate a compromise with the family of the raped girl. Despite repeated observations by the apex court that rapists should not be shown any leniency and that compromises reached do not in any way lessen the original crime, lower courts have in many cases tended to show undue favours to the rapists.

Now, after the apex court lashed out against such orders in a recent judgment overturning a MP high court judgment lessening the charge on a rapist, the Madras high court has recalled its order. But that is not enough.

There should be a mechanism where such Ã¢â¬ËillegalÃ¢â¬â ¢ orders Ã¢â¬" influenced by the personal prejudices of a judge- should be held against the judge and he should be punished for it. Even in government offices, a blunder of lesser magnitude is reason enough for a show cause notice being served on the offender. So why judges should have the immunity to carry on working unchallenged despite such technically unsound judgments?

If the judges knew that they will be pulled up for a legally unsound judgment (interpreting the law in a different way is of course the prerogative of every judge and falls outside this) that goes against Supreme Court observations, they will be more careful and litigants will get better justice. The Supreme Court has just thrown up its hands in despair when such an order has reached it. It has observed more than once in recent times that the lower courts are not strictly following its directives. If this continues, the law will be made an ass and unnecessary appeals, further jamming the already clogged system will be the result.