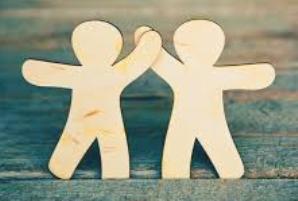 Kerala HC Strikes A Blow For Love, Live-In And Freedom of Choice

Kerala HC Strikes A Blow For Love, Live-In And Freedom of Choice

Editor-in-Chief of indiacommentary.com. Current Affairs analyst and political commentator. Writes for a number of publications. View all posts by this Author
Can a boy and a girl, who have both attained majority, enter into a live-in relationship? Can the girls father file a writ of habeas corpus and try and separate them? The Kerala High Court struck a blow for love and an individuals freedom of choice by answering the first question in the positive and the second in the negative.

The case under review was of one Rifana Riyad, a 19-year old girl who was in love with 18-year old Hanize Harris. Rifanas father filed a case in the lower court asking for the girls custody when she left her fathers house to be with Hanize. Disregarding the fact that the girl was a major, the lower court restored Rifanas custody to the father. But she walked out again and chose to live with Hanize. Since Hanzie was not 21 yet and hence not of marriageable age as per Prohibition of Child Marriage Act, 2006, they decided to continue their live-in relationship till the day they could get legally married.

But the father filed a writ of habeas corpus in the High Court, pointing out that since Hanize was below 21 years of age, their marriage was void and Rifanas custody should be given to him. He also averred that if the couple could produce a valid marriage certificate, he would let his daughter remain with her lover, knowing full well that it was not legally possible. The couple appeared in court and declared that they were in a live-in relationship and would marry when it was legally allowed.

The Kerala High Court made certain valid points in dismissing the writ. The first major point it made was that two adult individuals had the right to choose the status of their relationship. It pointed out that even though it was not possible for Rafina and Hanize to marry, there was no law to stop them from staying in a live-in relationship. Specifically, the division bench comprising justices V Chitambaresh and KP Jyothindranath said that, We cannot close our eyes to the fact that live-in relationship has become rampant in our society and such living partners cannot be separated by the issue of a writ of habeas corpus provided they are major. The Constitutional Court is bound to respect the unfettered right of a major to have a live-in relationship even though the same may not be palatable to the orthodox section of the society.

Recognizing the fact that Rifana was living with Hanize out of her own volition and love for him and without any pressure or inducement, the court said she had the right to choose where to live as she had attained majority. It referred to the decision in the case Nandakumar vs State of Kerala to point out that live-in relationships were legal under the provisions of Protection of Women from Domestic Violence Act, 2005. No one can separate her from Hanzie only on the ground that they were not married.

Additionally, the court pointed out that after the Supreme Courts decision in the celebrated Shafin Jahan vs Asokan KM and ors. case (popularly known as the Hadiya case), it is clear that the courts cannot invoke parens patriae jurisdiction to assume the role of parents in order to prevent a person who has attained majority from exercising her or his free will.