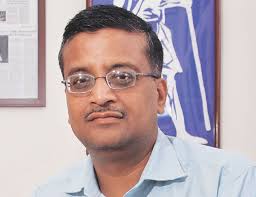 Editor-in-Chief of indiacommentary.com. Current Affairs analyst and political commentator. Writes for a number of publications. View all posts by this Author
All politicians and parties are the same when it comes to denial of perks. They take out their wrath on government officers by transferring them or otherwise harassing them when such officers point out their wrongdoings. Ashok Khemka of Haryana cadre, famous for pointing out inconsistencies in land allotment to Robert Vadra and known for his numerous and frequent transfers, has been transferred yet again. He is fast reaching a half-century of transfers in his nearly 20 year-old career as a civil servant. His fault this time  asking the Haryana minister to return the official jeep of DSWO of Ambala which the minister had borrowed almost a year ago as the DSWOs office was facing difficulties without the vehicle.

Most ministers behave as if they own the state once they assume office. Allegations for misuse of official status against ministers include, and are not limited to, using official vehicles for personal use, using more or higher grade vehicles than permitted, using office peons for household work, using official perks to entertain private guests and favoring relatives and friends. This is apart from the handsome bribes they take to sanction official projects or move files. While most civil servants are themselves corrupt and go along with the minister, there are some upright officers, like Khemka, who refuse to toe the line and highlight the ministers follies in various ways. It is then that the government machinery takes revenge by transferring the officer.

Such officers are often the laughing stock of the services. Their peers point out that they deprive themselves of handsome gains by being so upright while at the same time they do not get the public work done as they are themselves transferred frequently. But if all officers submit to the ministers, the organized loot of the country will go on unhindered. It is because of people like Khemka that there is some amount of fear and honesty in some politicians at the least. The BJP government had quashed official proceedings against Khemka for pointing out the land scam of Vadra and had promoted him to principal secretarys post. But when it came to protecting its own, it has displayed the same vulgar response that previous Congress governments had exhibited. It proves the adage that in politics, the more things change, the more they remain the same.