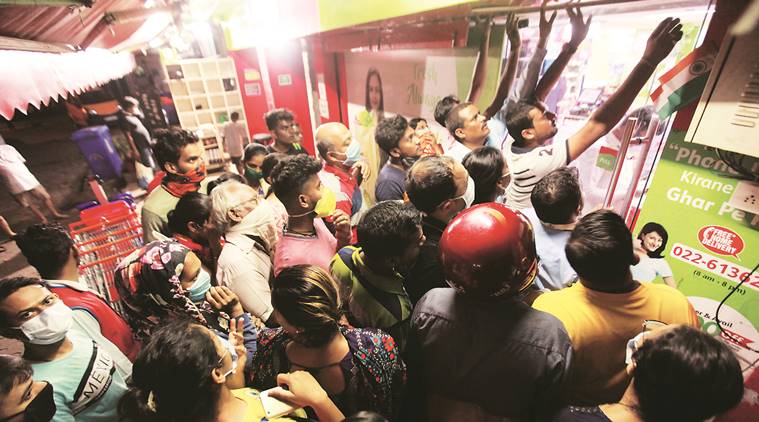 Lockdown Was Necessary, So Is An Economic Package And Smooth Supply of Essentials

Lockdown Was Necessary, So Is An Economic Package And Smooth Supply of Essentials

If Prime Minister Modi took the unprecedented and momentous decision of clamping a nationwide lockdown for 21 days it was only because of TINA. For the uninitiated, TINA stands for "there is no alternative". The Prime Minister said that his government had taken the decision after studying the trend in several countries that were fighting the scourge and on the advice of health experts. But actually his hand was forced after so many Indians had returned from abroad, were flouting the home isolation norms and were traveling across India (it has been reported that two persons who had been stamped for home isolation in Maharashtra were spotted on a train in north India and handed over to the police), putting a large number of people at risk and scuttling India's efforts to stop Covid-19 from entering the dreaded third phase of community transmission. Then there was the issue of large number of migrant workforce returning from highly infected states like Maharashtra to their homes across India. It was absolutely necessary to stop this madness and when restrictions in individual states failed to work, a pan India lockdown with all travel options closed was the only way left to control the spread of the virus.

But there are several factors that will distress a large number of people across India. Since the nationwide clampdown was announced even as most states had already put a lockdown in place until March 31, most people did not have time to stock up on essentials. The Prime Minister had assured the nation in his speech that the supply of essentials will not be affected but the markets tell a different story. Several items have vanished from the shelves and the likelihood of retailers getting fresh stocks is also very low. Etailers and even brick and mortar stores are constrained by staff shortage and have either discontinued operations in many cities or closed the stores. Then there is the problem of loss of livelihood for daily wage earners. They do not have the wherewithal to stock essentials for 21 days. This class has very little savings to fall back on and even that is not always in cash. How will they survive? Although some states have given doles (UP, for instance), will it be enough? Newspapers are not being delivered in many cities. The government will have to ensure that no one suffers because of the lockdown and will have to take appropriate measures to this effect.

Then, although the Prime Minister talked about forming an economic task force in his first address to the nation to look into the economic hardships people and companies are likely to suffer as a result of the disruption caused by Covid-19, nothing concrete has been announced by the government until now. The measures the finance minister Nirmala Sitharaman announced were just technical and provided relief in the filing of returns. They were of little solace to companies that are battling to survive when production has been stopped but they still have to pay their employees and ensure that they do not miss on the EMIs. The government must come out with an economic package that should first grant relief for loan repayments. People and companies must be allowed at least three to six months to regularize their loan accounts and should not be penalized for the delay in repayment, neither through penal interest nor through negative ratings in their financial profile. The hardship can be overcome only if the government offers timely support.