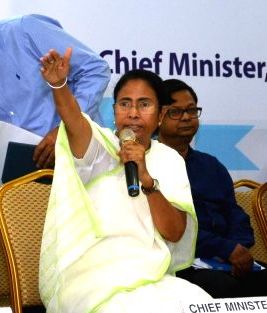 Editor-in-Chief of indiacommentary.com. Current Affairs analyst and political commentator. Writes for a number of publications. View all posts by this Author
After Mamata Banerjee cracked down on private hospitals for over billing, not being transparent and providing atrocious services (read the earlier article by Anukriti Roy), two things have happened. The first is along expected lines and is the usual practice in Bengal politics. The second is a refreshing and much wanted change.

As soon as Mamata acted on patient complaints to tell the private healthcare providers that they have to show a lot more accountability, leaders of her party took this as a cue to meddle in the affairs of these hospitals. Hospitals started complaining that they were receiving calls from TMC netas asking them to rectify and reduce bills. Bengal politics is marred by the habit of the state to meddle in all affairs of the citizen. The CPIM, in its 34 years of continuous rule, perfected this art to a nicety through block committees and salishi adalats, where local party leaders adjudicated on even matrimonial and property related issues of families. Once the government cracked down on private hospitals, TMC leaders perhaps thought that the government had given them a carte blanche to bring these institutions to heel. Such tactics often reach the level of blackmail, where organizations are asked to fork out huge sums of money to stop this interference.

But these leaders had not reckoned with a resurgent Mamata Banerjee. As soon as news reached her that party leaders were independently approaching these hospitals and harassing them, she issued an immediate fiat asking leaders at all levels to keep their hands off the issue. They were barred from contacting any hospital for their acquaintances or constituents. All complaints were to be routed through the concerned government department. This is a refreshing change and shows that Mamata is aware how meddlesome leaders can derail her positive initiative. Mamata Banerjee today is not what she was even a few years ago. Always a hands-on leader, she has come to realize that unbridled cronyism has brought a lot of negative publicity for the party. She has learnt to keep her flock in check and also learnt how to firmly keep errant leaders on a leash.

Private businesses can take corrective action when the government points out their digression. If they feel they are being unfairly targeted, they can make a presentation (backed by data, of course) before the government and seek relief. But when local leaders start taking advantage of any crack down to interfere unreasonably, and if the government gives them a free hand, businesses will have nowhere to go. Hence, Mamata Banerjee should be applauded for fighting for the rights of the patients but not allowing leaders of her party to take unfair advantage of the same.