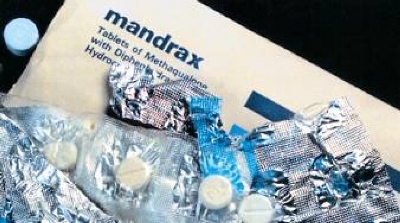 View all posts by this Author
Twenty-two years have passed since India Today published a special report on how Mandrax tablets were stealthily manufactured in India and exported to South Africa and other African countries. Yet, as the recent seizure of 23.5 metric tonnes of Mandrax tablets seized from a factory in Udaipur in Rajasthan showed, little has changed and the illegal trade continues to flourish. The reason is not far to seek given that there is a huge demand for it internationally and it takes just over a rupee per tablet to manufacture it in India while it can sell for upwards of Rs 150 in Europe or South Africa. Further, it is very easy to manufacture it  a small tablet manufacturing unit (perhaps licensed to make paracetamol tablets, for instance) is all it takes to go into production.

The Udaipur seizure is said to be worth Rs 3000 crore in international markets. That is a huge amount of money so the stakes are obviously very high. Mandrax is used either stand-alone or is mixed with other drugs to give a rush or a high. Even in small doses of upto 500mg, the drug produces euphoria and is helpful in sexual arousal. Despite its many side-effects like headache, bloodshot eyes and slurred speech, it is a favourite party drug in large parts of Africa and Europe. Since trading in Mandrax is highly profitable, the risks are managed by spreading the booty and large pay-offs to regulators are common. But since large parts of India are also being affected  especially Punjab and the North-East - the Narcotics Control Bureau, the Directorate of Revenue Intelligence, the Customs and the police are all increasingly clamping down on the racket.

The current haul is one of the biggest in recent times. During the period between 2011 and 2013, officials seized more than 100,000 tonnes of illegal drugs, which was a five-fold increase over a similar three year period previously. This is apart from the opium cultivation fields that are regularly destroyed in various parts of the country. Easy availability and cheap price has seen increasing use of drugs in India and it runs across various strata of society. While the poor use ganja and bhang, the upper class rave parties can use anything from heroin to tablets like ecstasy. The police have been busting such parties in all towns and cities of India. Drug suppliers and peddlers are also being increasingly rounded up. But the concern remains as production is not going down. There has to be a concerted effort to stamp out production of tablets such as Mandrax. Apart from informers, the regulators have to conduct periodic checks on factories and trucks coming out of suspected factories. Narcotic drug manufacture and trade has to be stamped out from India and all agencies have to pool their resources to do so.