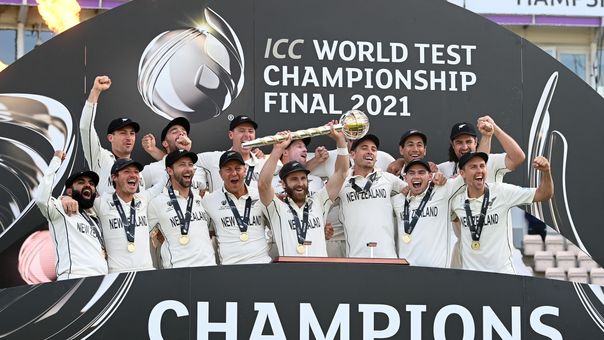 New Zealand ruthlessly exposed the chinks in the Indian batting armour twice in six days and deservingly lifted the mace to be the first world Test champions by winning the WTC final by 8 wickets. That several players in the Indian team are suspect against the moving ball and others against the short-pitched ones is known to all. The conditions in England are different and the Indian team did not get practice matches. But when faced with a highly disciplined bowling attack that stuck to their game plan religiously, the Indian batsmen had no answers. They either hung their bats to away going deliveries to offer regulation catches to the wicketkeeper of the slip fielders or pulled and hooked the short balls straight to the fielders. None of the batsmen showed resolve befitting the occasion.

Hence, India was bowled out for 217 and 170 in the first and second innings respectively. The second innings display was particularly galling. On a day when the sun was shining and the ball was moving a lot less than it normally does in England, the Indian batsmen were bogged down by imaginary devils and allowed the New Zealand bowlers to tie them up in knots by just maintaining a good line and length and bowling to their fields. The Indians allowed the pressure to build by playing too many dot balls and refusing to rotate the strike with singles and twos. All Indian batsmen were guilty of letting the match slip away from them. When it was required to set a target of about 200-225 runs in 40 overs to test New Zealand, the Indians ended up giving them just 139 in more than 55 overs.

Virat Kohli later said that there is a need to bring in "the right people with right mindset", acknowledging that many in the team were not giving their best. Talent and past performance matters little if a player does not have the grit and the temperament to deliver in tight situations and in international tournament finals. Team selection is another matter that needs to be looked into as it is debatable whether India were served well by choosing two spinning allrounders instead of an additional pacer.