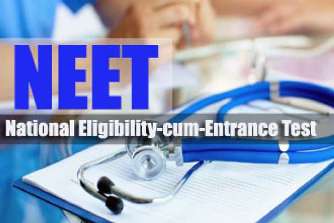 No Denying the Need for NEET

No Denying the Need for NEET

By our team of in-house writers. View all posts by this Author
The Lok Sabha has finally passed the necessary legislation to implement National Eligibility cum Entrance Test (NEET) for all medical seats in the country from the next academic year on Tuesday, bringing to an end (unless the new amendments are challenged in court) an unseemly tug of war between the executive and the judiciary over medical entrance tests. Both sides had valid points. While the apex court was adamant that the test should be fair, transparent and non-exploitative, and wanted an all-India test for that reason, the Centre and the states cited problems of language and diverse socio-economic background of students to demand separate tests for states.

The medical education business has become a racket following the corruption in the regulator Medical Council of India. Private educational institutions having no infrastructure were granted licenses. Hefty capitation fee for admission through management quotas became the norm. The quality of doctors has suffered as a result. It is necessary to establish a standard and a start has to be made with a standardized all-India admission test like NEET.

On the other hand, tests like NEET are loaded in favour of English medium, Central Board educated urban students. Hence, state governments want to conduct their own tests in vernacular languages to give rural students a chance to study medicine. While this is laudable, the quality of such entrance tests leaves a lot to be desired.

Hence, it will be better for all concerned to agree to NEET and it should be conducted in all Indian languages. The Centre has already agreed to let the states quota remain under which only 15% of the seats will be with the Centre and the states will have the remaining 85%. Medical education in India needs to be streamlined and NEET is a step in the right direction.