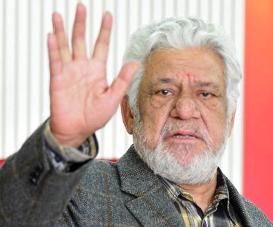 By our team of in-house writers. View all posts by this Author
Once upon a time, there was a brilliant actor called Om Puri who gave us such intense portrayals in films like Ardh Satya, Mirch Masala, Jaane Bhi Do Yaron, Sadgati and Aakrosh, to name just a few. Then, he went commercial, in more ways than one. He also went international. He somehow lost the grip on his art. In the recent past, he has been in the news for the wrong reasons. First he appeared on stage at Jantar Mantar during the dharna by Anna Hazare. He was drunk and made a fool of himself by giving an incoherent speech that no one understood. After that, his wife Nandita filed a case against him for domestic violence which did not show him in good light.

But what he has done now is unpardonable. In his zeal to support Pakistani artistes working in India, Puri made disparaging and utterly unpatriotic remarks about the Uri martyrs. He has recently acted in a Pakistani film called Actor in Law and feels that cultural exchange between the two countries should not be stopped. On this score, he is entitled to his view and is also entitled to espouse it from any and every platform, although the reason he gave was crass. He said that those Indian producers who have hired them will lose money if Pakistani actors are banned. Commerce before country, Mr Puri? But asking that who asked the jawans to join the Army or why did they pick up weapons is downright mean, insensitive and unpatriotic. He further suggested that India should form a team of suicide bombers and send the across to Pakistan to create mayhem.

Om Puri has lost his marbles. We can understand the vitriol from Javed Miandad, but Om Puri's tirade is difficult to digest. The best way to silence such an unpatriotic and silly man is to boycott him. The media should avoid him.