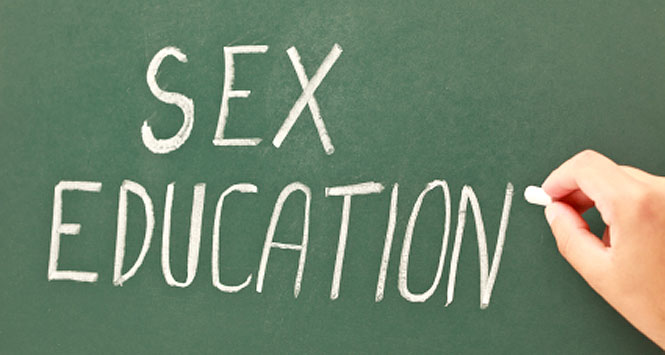 Our Teenagers Should be Educated About Sex to Keep Them Healthy

Our Teenagers Should be Educated About Sex to Keep Them Healthy

Editor-in-Chief of indiacommentary.com. Current Affairs analyst and political commentator. Writes for a number of publications. View all posts by this Author
A new study shows that teenagers in urban India are experimenting with sex at a very early age. The study was conducted in the age group 13 to 19 and involved over 15000 respondents. It found that the average age when they first tried sexual acts had dropped to 13.72 years for boys and 14.09 years for girls.

If we go strictly by law, many of these kids will be termed criminals as the age of consent in India is 18 years.

Even if we ignore this, the other alarming aspect is that nearly nine percent of the respondents reported having contacted some form of sexually transmitted disease (STD) before they reached 19 years of age. They also reported almost negligible use of condoms and sexual hygiene. It is yet to be found out how many of these cases were of HIV/AIDS.

Are we bringing up a generation of teenagers who are legally criminals, have misconceptions about sex and are unhealthy?

Society has to account for changing sexual habits of teenagers. It has to discuss, debate and find a way around its puritanical views to introduce proper sex education in schools from Class VII (age of child 13 years) onwards, think about lowering the age of consent to 16 (which it was from 1982 to 2012) and petition the legislature to suitably amend existing laws like POCSO and IPC.

Indians girls reach puberty earlier that their Western counterparts. Even though there is less permissiveness in our country, easy access to television and internet means that both boys and girls are exposed to sexual material. When the demands of a growing body and access to sexually explicit material combine, the urge to experiment is huge. Some of it is also out of peer pressure.

The effect of half-baked information from friends, television and internet is playing havoc with their lives. They can carry the trauma of a botched up experiment with sex throughout life. Also, there is the concern of unwanted pregnancies. We need to educate them about sex, sexual hygiene, use of contraceptives, pregnancy and motherhood from the age when their bodies start giving them the urge to experiment with sex. It is urgent that we move forward from a few passages about intercourse and childbirth in biology books to proper sex education imparted by trained teachers.

Also, it is necessary to lower the age of consent to 16 so that the kids who experiment with sex are not branded as criminals and not harassed. The need to protect them from sexual offences can be addressed by having a provision that does not permit sex between a teenager and a person of opposite sex if the age difference between them is more than, say, 15 years. Hence, a 31 year old man would not be permitted to have sex with a 16 year old girl for there are matters of trust involved in that relationship. Children are subjected to sexual offences mainly by elders who gain their trust. But there should be freedom for them to experiment within a certain age band.