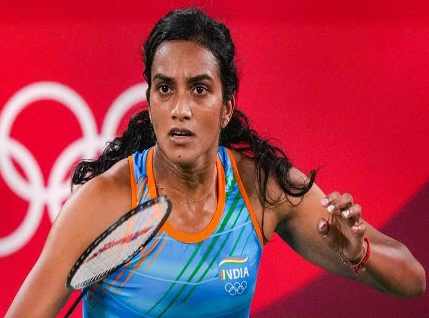 P V Sindhu: Not Her Day As Tai Tzu Ying Blows Her Away

P V Sindhu: Not Her Day As Tai Tzu Ying Blows Her Away

A sadly off-colour P V Sindhu was beaten 18-21, 12-21 in just 40 minutes by world number one Tai Tzu Ying of Chinese Taipei in the semifinals at Tokyo. Sindhu will now figure in the playoff for the bronze medal.

It was a different Sindhu that took to the court today. Throughout her campaign in Tokyo, she has looked in sublime form and was covering the court with speed. She was also mixing her shots with guile and was making few unforced errors.

But today, she seemed heavy footed and was having trouble covering the court. Maybe it was the quality of the opposition but the fact is that Sindhu was completely outplayed by Ying who had come out with a definite plan to counter her. Ying's crosscourt play and her smashes were a treat to watch and Sindhu did not know what hit her, especially in the totally one-sided second set.

Sindhu's body language today was also not that of a champion and she seemed tired. It was surprising to see her make so many misjudgments at the back court. Ying was aggressive from the start and did not let Sindhu settle into any kind of rhythm. She dictated terms and destroyed Sindhu's defensive play. Although Sindhu did try to come back in the first set, Ying was simply too good for her today.