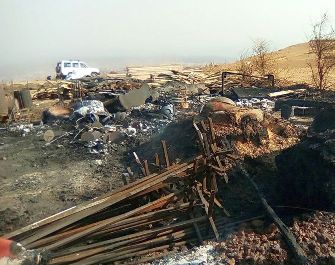 Editor-in-Chief of indiacommentary.com. Current Affairs analyst and political commentator. Writes for a number of publications. View all posts by this Author
Sanjay Leela Bhansalis Padmavati is attracting a lot of hoodlums. After Rajasthan, the sets of the film were torched again by miscreants in Kolhapur. This is a direct result of Bhansalis giving in to the demands of the Karni Sena and the Rajput Sabha in Rajasthan. Surrender to vested interests is a vicious cycle. If you come to agreement with one set, others will raise their hands. It is common knowledge that a lot of money changes hands in these agreements. Hence, newer groups will target the producer.

There is no denying that period dramas like Padmavati need to be filmed in authentic locations to give the film a rich feel. But considering the risks involved, one feels that it is wiser and prudent to create sets in studios or if outdoors are needed, similar settings should be sought elsewhere, much removed from the original setting. With improving technology and use of computer aided imagery, exquisite backgrounds can be created without the viewer missing anything. This is because local vested interests, without even laying their hands on the script, would always try and disrupt the shooting citing historical deviations, as if films are authentic historical documents.

Any surrender to or agreement with any one group is likely to have a cascading effect and several other groups will come up with other demands. At this rate, no historical or biographical films will ever be made. Petitioning the government is useless, as Karan Johar discovered in the case of Ae Dil Hai Mushkil, where he had to pay crores to Maharshtra Navnirman Sena (ostensibly for charity) in order to release the film and CM Devendra Fadnavis played the peacemaker.

Filmmakers should take a pledge not to negotiate with such pressure groups whose sole aim is to get some money and free publicity. They should instead scout for neutral locations that do not distort the look or feel of the period or recreate the sets in studios. Alternatively, they can use technology to create the same feel digitally. But if the trend of surrendering to or negotiating with these pressure groups continues, there will come a time when films like Padmavati will never get made.