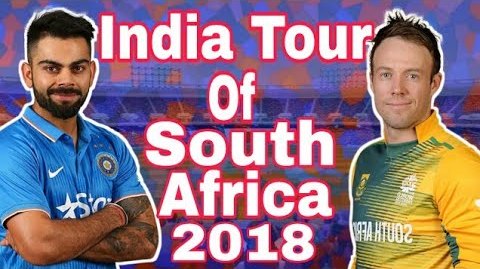 Holding an extreme view and carting the ball out of the park is what interests him most. He is a hard hitter at all times. Fasten your seatbelts and read. View all posts by this Author
India finally played to potential and beat South Africa in the third Test. But when one analyzes the whole series, it seems that victory was always within Indias reach but the team let it slip due to three reasons: faulty team selection, atrocious shot selection by batsmen and then having difficulty in getting South African tailenders out in quick time.

One knows that Virat Kohli and Ravi Shastri will disagree but team selection on this tour have been baffling, to say the least. Given his known weakness against the moving and rising ball, it was too much to expect Rohit Sharma to continue his good recent form on flat Indian pitches in South Africa. Hence, it was wrong to select him in the first two Tests and let Ajinkye Rahane sit them out. Further, an all pace attack works well in South Africa, especially when we have the likes of Bhubhaneswar Kumar, Mohammed Shami, Jasprit Bumrah and Ishant Sharma in the ranks. So playing Ravichandran Ashiwn and then giving him just a few overs was not good. Finally, why play Parthiv Patel who is a liability behind the wickets? He is not a better batsman than Saha and he is definitely worse as a wicketkeeper.

In retrospect, if the Indian batsmen had stitched together just 20 or 30 more runs in each of the innings in the first two Tests and if the Indian bowlers had quickly demolished the South African tail, India could have won the series 2-1 or even 3-0. Hence, there are a lot of positives that the team can take from this series. It is no mean feat for a team considered to be a strong batting unit to take all ten wickets of the opposition in each innings of the three Tests. Indian bowlers matched the South Africans stride for stride and wicket for wicket. It was most heartening to see the Indians for once not being the only ones at the receiving end of body blows.

With the Test series ending on a positive note for the Indian team, one hopes that they will win the one dayers and T20s to make this tour truly memorable and improve their rankings in the two shorter formats. This team is now settling down and will emerge as Indias best bet on overseas tours.