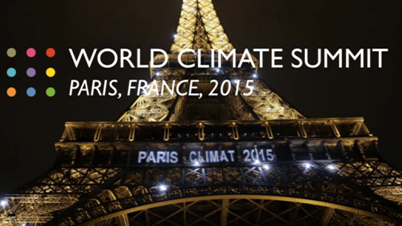 Editor-in-Chief of indiacommentary.com. Current Affairs analyst and political commentator. Writes for a number of publications. View all posts by this Author
The world is heading for a climate catastrophe. Against this background, the sensible Paris Climate accord needed to be ratified. India has done well to do so in time. This shows that the country is committed to be a responsible global player. It also means that India will now be able to play a major role in deciding the mechanisms to be adopted. The Paris climate accord needs to be ratified by April 2017 by at least 55 countries together emitting 55 percent of greenhouse gas (GHG). After ratification by India, the figure stands at 62 countries with 51.89 percent emission. With US and China, the worlds top two emitters, already on board, India being number three in the list could not have held out too long.

Other countries are aware of Indias problem. The country needs to generate electricity for its development. This is being done at present through fossil-fuel based technology that results in emission of GHG. Since there is resistance to using nuclear technology for energy purpose in India, it has committed to install 100 gigawatts of solar power capacity by 2022. That is a very ambitious target and is unlikely to be achieved. India should disincentivize use of fossil fuels by taxing them at higher rates and subsidize use of cleaner energy with the funds generated. Simultaneously, it should reward use of clean energy or transport by either subsidizing the cost or making it mandatory in some sectors. It should also continue its efforts to join the Nuclear Suppliers Group (NSG) in order to use nuclear technology for electricity generation in a big way in future.

The biggest benefit that is going to accrue to India is the funds it will get from the $ 1oo billion committed by rich countries towards a shift to cleaner energy. Since India has ratified the Paris climate accord and since its needs are well known, it is likely to receive a major share of the funds. But in order that it actually receives these funds, India needs to start putting in place the mechanism whereby use of cleaner energy becomes the norm, either through choice (driven by incentives) or by law. The Centre should seriously involve the states without whose active participation not much can be achieved. If solar energy is to be harnessed in a big way, the time is now. The half-hearted measures and the ill-conceived policy for solar energy need to be updated and strictly enforced. Global warming cannot be ignored any longer and India has a huge role to play in reducing emission of GHG.