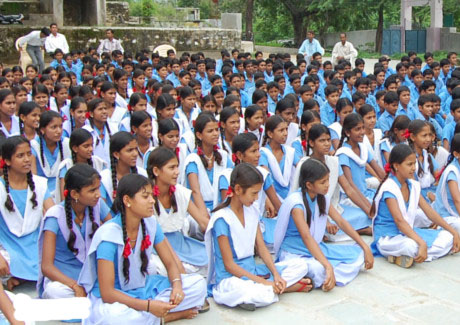 Revolutionary Step By UP Government

Revolutionary Step By UP Government

By our team of in-house writers. View all posts by this Author
As a survey showed that problems related to menstrual cycles in adolescent girls resulted in high school dropout rate in this group and highlighted several other health and hygiene related problems for them, the swift response of the UP government headed by Akhilesh Yadav is laudable.

The report said that most girls in UP used unhygienic Ã¢â¬Ëold clothÃ¢â¬â ¢ which they did not even wash and continued to use it for two or three days, the UP government announced that it would distribute a pack of 10 sanitary napkins free to every such girl every month. This will bring the product 'out of the closet' so to say, as it is still bought furtively in medical shops, even in cities.

The Akhilesh governmentÃ¢â¬â ¢s decision will have far reaching effect. First, despite frequent ads on national television, a sanitary napkin is an alien product to most poor adolescent girls in India. By providing them with a free packet, the government will make them aware that there is a better way to handle the monthly cycle. Second, it will empower them as they will no longer need to hide in a corner of the house. They can easily go to school wearing the napkins without the fear of stains, provided their conservative families allow them. Third, it will bring about a transformation in their physical and mental health. A girl using Ã¢â¬Ëold clothÃ¢â¬â ¢ is prone to infections and a girl banished to a corner for three or four days every month is prone to becoming a mental wreck. The freedom which the sanitary napkin will give them will make them a better person.

Two things need to be kept track of before the distribution starts. One, the girl and their families need to be educated about regular use of such pads. Second, as usual with all social welfare schemes, care will have to be taken to plug leakages. UP is notorious for corruption and massive leaks in its social welfare schemes. A fool proof distribution system should be devised Ã¢â¬" perhaps the best place would be the school Ã¢â¬" to ensure that the product reaches every such girl. Distribution through schools might also ensure that once the word spreads, more girls will enroll and those that dropped out will resume their studies.

This is a revolutionary step by the Samajvadi Party government and its success will produce healthy girls in UP.