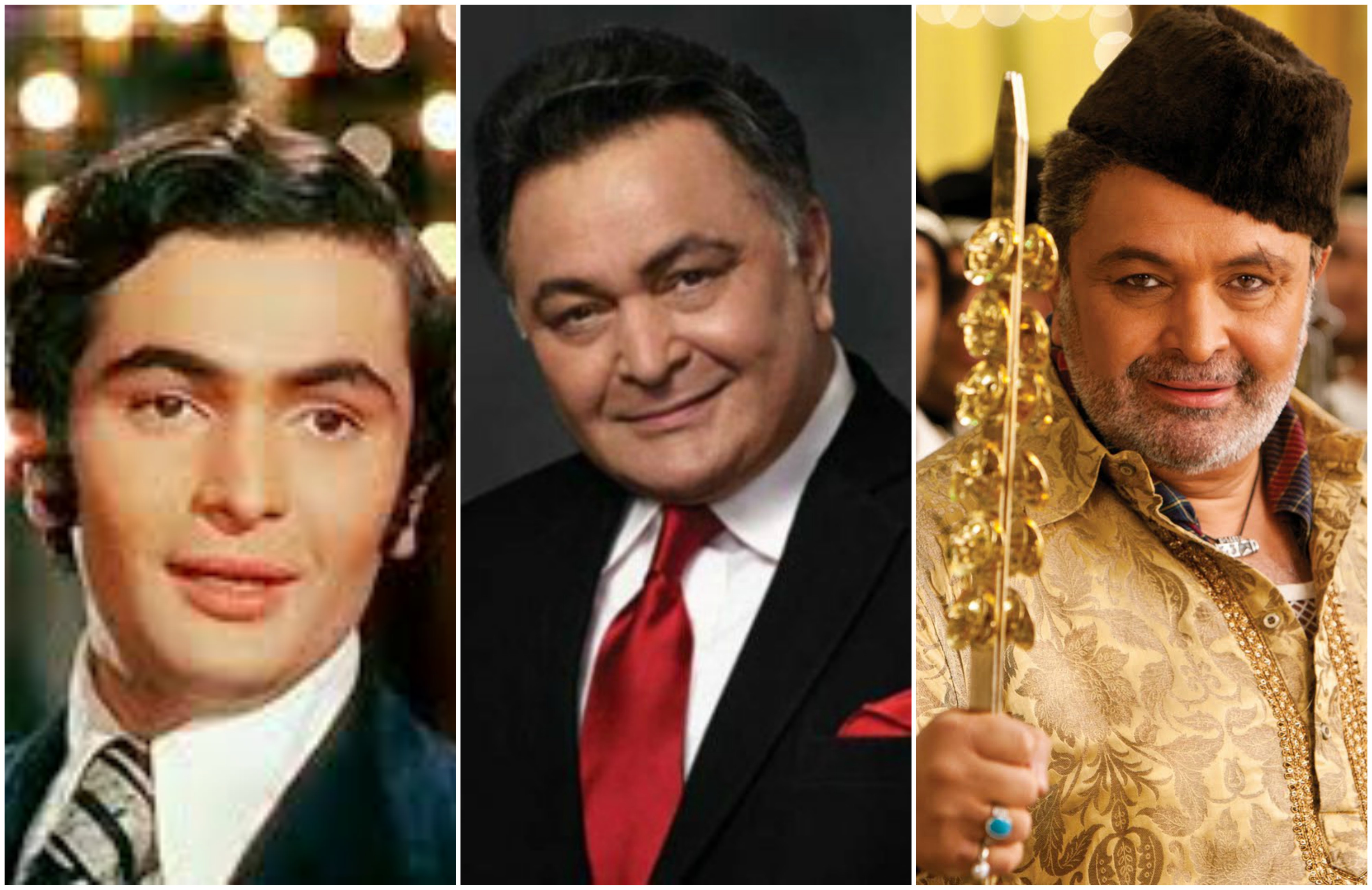 Another fine actor passed away in Mumbai today, the second in two days. Rishi Kapoor, 67, breathed his last on Thursday morning after a long battle with cancer. Rishi, Chintu to friends and countless admirers, came from a family that boasts of four generations of accomplished actors and yet he created a unique identity for himself with sensitive portrayals of roles he got even in commercial cinema. He leaves behind wife Neetu, daughter Riddhima and son Ranbir.

Rishi Kapoor started as a child actor in Mera Naam Joker (1970) although he made a brief appearance in a song in Shree 420 (1955). His debut film as an adult was the phenomenally successful Bobby, directed by his father Raj Kapoor. Most of his films after that were love stories and he successfully paired with all the leading ladies of that era. But his most successful romantic pairing was with wife Neetu. They had many successful films together. Rishi Kapoor's films from that era were marked by foreign locales, fashionable clothes and lovely songs that are hummed even today. Yet, despite being a star, such was the intensity in his acting that it made him stand apart from the usual multi-starrer crowd. He worked with all major production houses and directors of his era and gave many hit films.

His best work was, however, reserved for later. In the last few years, directors started making use of his immense talent by giving him meaningful roles. His Murad Ali Mohammed in Mulk was a superb portrayal of an anguished Muslim unable to fathom the discrimination in society while his gangster act as Rauf Lala in Agneepath was menacing. He more than held his own against the redoubtable Amitabh Bachchan in 102 Not Out. He was brilliant in Kapoor & Sons. Rishi Kapoor's forte was romance but he showed great timing in comic roles too. His transformation from a chocolate-faced hero in the early days to a sensitive character artiste later in life was outstanding and is not easily achieved by many actors. The film industry has lost a fine actor and a great human being in his passing away.