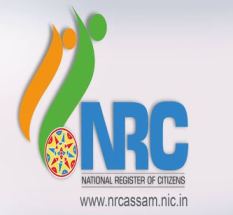 View all posts by this Author
In a move that is likely to benefit over 40 lakh people whose names were excluded from the final draft of the National Register of Citizens (NRC) in Assam, the Supreme Court approved a list of 10 admissible legacy documents they can submit to re-verify their claim, provided these documents are from the relevant period up to the midnight of March, 24, 1971. The list of documents is as follows:

This is an exhaustive list of documents and any permanent resident of any state is likely to possess one of these documents. This offers a good route to those excluded to now get their names included. Those who had accused the government of bias and hidden agenda must now help the people to follow correct procedure and re-verify their claims. In a process driven exercise monitored by the Supreme Court there is little scope for doing large scale mischief. Hence, instead of accusing the government of wrongdoing, if the opposition parties really have the interests of the people in mind, they should ask their workers to help the people by getting their documents in order and making them submit the same following the correct procedure. It will help the country in identifying true citizens and weeding out outsiders who have changed the demography of the state and have no business to be in India.