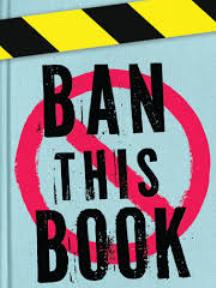 SC Refuses To Clip Wings of Ideas And Expressions

SC Refuses To Clip Wings of Ideas And Expressions

Editor-in-Chief of indiacommentary.com. Current Affairs analyst and political commentator. Writes for a number of publications. View all posts by this Author
A petition by social activist N Radhakrishnan, seeking a ban on the publication of the Malayalam novel Meesha and asking the court to issue guidelines to authors to respect the sentiments of people in their works, has rightly and forcefully been thrown out by the Supreme Court. The court categorically said that if the wings of free flow of ideas and imagination are clipped, no work of art can be created. The culture of banning books directly impacts the free flow of ideas and is an affront to the freedom of speech, thought and expression.

One feels amused by Radhakrishnan. What people and whose sentiments is he talking about? In a country where customs, mores, language and beliefs change every 200 kilometres, if authors were to keep in mind sentiments of the people, no book will ever be written. The problem is that the common people are least bothered about who writes, films or paints what. It is busybodies and self-styled guardians of public morality like Radhakrishnan who want authors, filmmakers and painters to follow their guidelines. It would have been better if Radhakrishnan had appended a model guideline with his petition. That would have given us an idea of what goes inside the mind of people like him.

The Supreme Court must be lauded for taking the stand that it did. But in India, the issue usually does not stop there. Once the book is published, or even before that, pressure groups drum up street protests and petition the government to ban it. Most of the times, fearing a backlash from closed communities and consequent loss of votes, governments ban the offending work of art under the various sections that empower it to do so if such work of art is likely to cause public disturbance or cause enmity between communities or between class of people. The laws used for this purpose are mainly (but not exclusively) section 95 of the CrCP, Sections 124A, 153A, 295A and 499 of the IPC and The Unlawful Activities (Prevention) Act, 1967.

Although most of these bans are overturned by courts, the attitude of the elected government in bowing to pressure groups is what is mystifying. These groups create disturbances as it is a surefire way of getting a work of art banned. If governments are tough with them and start arresting the ringleaders at the first hint of trouble, the issue would fizzle out. But in India, smaller and smaller groups of people can now hold the government and the society to ransom by threatening to create disturbances over a book or a film or a painting. It is time we called their bluff. The courts are supportive. It will just need political will to let the wings of ideas remain intact.