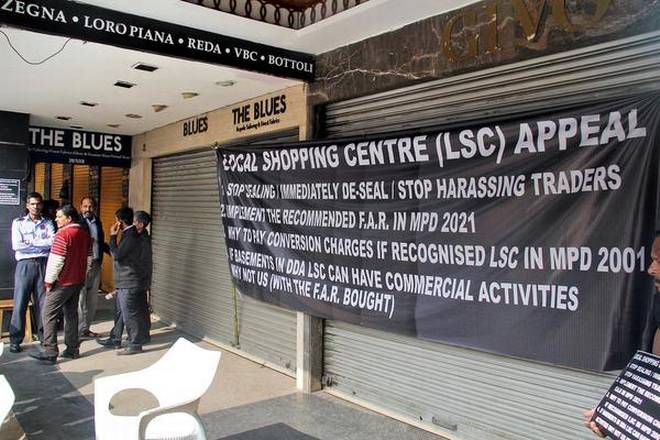 Holding an extreme view and carting the ball out of the park is what interests him most. He is a hard hitter at all times. Fasten your seatbelts and read. View all posts by this Author
Despite it being on the orders of the Supreme Court, the sealing of commercial premises that is going on in Delhi is not the correct response to burgeoning commercial establishments in residential areas in Indian cities. For, unplanned urban growth is a stark reality in India, aided by lax civic rules, a corrupt bureaucracy and the penchant of politicians to overlook deviation from building rules by regularizing it with fines and penalties. The problem is not unique to Delhi and all Indian cities and towns suffer from it. Still, it is unfair to seal establishments that have been running for decades.

With cities expanding at express speed, civic officials neither have the resources nor the will to keep a check on all construction activities. It is no secret that whenever they do carry out surveys at ongoing construction work, it is more to fleece the promoter for hush money than to enforce the rules. Civic officials will themselves suggest ways to regularize the illegal part - for a fee of course that will include both the official part for penalties and fines and an unofficial part for services rendered. Hence, unless the civic bodies set their own houses in order, the sealing drives are nothing but an attempt to cover up their own shortcomings.

With the number of taxes civic bodies impose on citizens, Indian towns and cities are veritable treasure pots. It is only ineffective collection system and rampant corruption that keeps these bodies perennially short of funds. There is no harm in allowing small shops catering to the daily needs of the residents in residential localities, for otherwise they would have to commute long distances for basic requirements. This confusion over change in character of premises and the consequent sealing drama has been going on for long. A permanent solution must be devised and presented before the Supreme Court to end it once and for all. There should be no politics over something that is basically a legal problem being monitored by the Supreme Court.