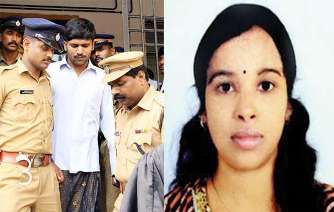 Editor-in-Chief of indiacommentary.com. Current Affairs analyst and political commentator. Writes for a number of publications. View all posts by this Author
English jurist William Blackstone had said that it is better that 10 guilty persons escape than one innocent suffer. Obviously, when he said this, the innocence that he said meant innocence as per provisions of law and not as per the presumptions of society.

In the Soumya rape and murder case, society had presumed that the accused Govindaswamy raped and murdered the victim. But murder was never conclusively proved in court. The prosecution could not conclusively prove that the accused intended to kill the victim. In the light of the postmortem report, it could also not prove beyond reasonable doubt that despite not intending to kill Soumya, the accused caused her death by inflicting grievous injuries to her person.

Since the latter was not conclusively proved, the opinion of ex Supreme Court judge Markanday Katju that Supreme Court erred gravely by not using section 300 to confirm the death penalty is flawed. Though sec 300 provided for convicting the accused for murder for inflicting grievous injuries to the victim causing her death even though it was not his intention to kill her, the fact that such grievous injuries leading to the death were in fact caused by the accused needed to be proved beyond reasonable doubt. In the Soumya case, it was never proven.

In the absence of eye witnesses, the Soumya case was based on circumstantial, although strong, evidence. But even if the circumstantial evidence could logically prove all other charges against the accused, other conjectures and surmises could not be used to prove the guilt of murder. As the Supreme Court concluded, it was neither the intention of the accused to kill the victim nor was it conclusively proved that it was only and directly the injuries she sustained as a result of his assault that killed her. In any case of doubt, the benefit must always go to the accused. The apex court rightly remitted the sentence to life imprisonment in the Soumya case.

Societys wish and the legal requirements are two different things. Legal procedures may seem cumbersome to the common man but are a necessary part of rule of law. If we dispense with them and let guilt be proven by conjectures and surmises, we may as well do away with law and let khap panchayats decide all cases arbitrarily on what the society thinks is best. If there are laws and legal procedures, society must learn to accept judicial verdicts. It can challenge such verdicts for legal flaws but not on perceptions.