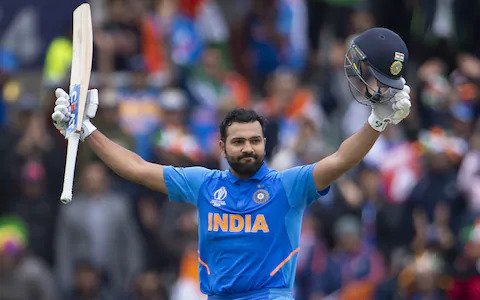 Substandard Pakistan No Match For India

Substandard Pakistan No Match For India

In the end, the India-Pakistan World Cup cricket match did not live up to the hype created around it. India was by far a much superior team and it was proved in all departments of the game. Despite the fears that the rain would wash it out, the fans had much to cheer as they witnessed an almost full innings batting by India. In contrast, Pakistan was never in the game, neither on merits nor on the urgency that needed to be infused due to the uncertainties of the weather and the absurdities of the Duckworth-Lewis calculations. In the end, when the match resumed after a longish rain break, Pakistan needed to make 125 in 5 overs.

India made one change in their team with Vijay Shankar coming in place of the injured Shikhar Dhawan. KL Rahul was promoted to open the innings with Rohit Sharma and he played cautiously to allow Rohit to get into a groove. They laid the foundation with a 134-run opening partnership and blunted the Pakistani opening attack. Mohammed Amir was not at his best in his opening spell. The Pakistani fielding was also below par and allowed the Indians to get on top. Rohit made a scintillating 140 in just 113 balls and then Virat Kohli and Hardik Pandya upped the ante. India ended with 336 for 5 wickets.

Pakistan did not start well with Imam-ul-Haq making just 7 before being trapped leg before by Vijay Shankar who was drafted to complete the over by Bhubhaneswar Kumar who walked off the field with an injury (he is out of 2-3 games because of a hamstring niggle). Then, Fakhar Zaman and Babar Azam built-up a partnership but one got the feeling that they were just going through the motions without making an effort to win. Of course, the Indian bowling was disciplined and the fielding was superb but that was no excuse for the Pakistanis for not to try to rush the scoreboard, especially as they had wickets in hand. Then, Kuldeep Yadav bowled Babar Azam with a dream ball. Later, Shoaib Malik stood dumbstruck after dragging a Hardik Pandya delivery onto his leg stump. Pakistan lost the match much before the rains came. Even the law of averages (India has a 6-0 record against Pakistan in World Cup games and it was time Pakistan reversed things) could not help a substandard Pakistani team.