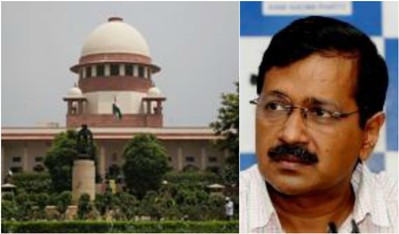 Linus tackles things head-on. He takes sides in his analysis and it fits excellently with our editorial policy. No 'maybe's' and 'allegedly' for him, only things in black and white. View all posts by this Author
The way Arvind Kejriwal is going after the Supreme Court after its order in the Delhi governance case shows that apart from being a megalomaniac, he seems to have scant respect for the highest court in the nation. Kejriwal has termed the order against democracy. The Delhi chief minister should realize that the national capital territory is a special area and the Supreme Court has just interpreted the law as it exists. Kejriwal should have studied Delhis position before running for elections there. He should have known that as per existing laws, there were many areas of governance he would have to concede to the Centre.

The Supreme Court has ordered that the Anti-Corruption Bureau of the Delhi Police will be under the Centre. It has also ordered that the Centre will have the power to appoint inquiry commissions. Only over the appointments and transfers of officers and the control of service was the two-judge bench divided and has referred the same to a larger, 5-judge bench. Hence, Kejriwals charge that the Centre was hijacking the Anti-Corruption Bureau is not true. It is obvious that the Delhi government failed to convince the court that agency should remain in its charge.

Kejriwal must now resign himself to governing Delhi in the truncated manner provided by the apex court. He still has many areas where he can add value to the lives of the people. Hence, instead of sitting on dharnas at the drop of a hat or castigating the Centre, he must govern Delhi with the same zeal. It is clear that however may he want to have the whole of Delhi under him, it is not legally possible. The people of Delhi should also accept that the government elected to represent and work for them has limited powers. The best way ahead is for the Delhi government and the Centre to work together to solve the many problems that plague the region.