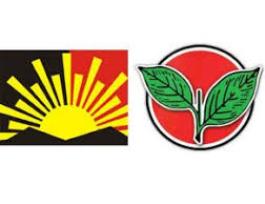 Tamil Nadu Rural Polls: DMK Ahead, But AIADMK Catching Up

Tamil Nadu Rural Polls: DMK Ahead, But AIADMK Catching Up

The rural body elections in Tamil Nadu, held after eight years (they were due in October 2016 but were postponed), confirmed the fact that the political space in the state is still shared by the AIADMK and the DMK. It also confirmed the fact that although the DMK is the frontrunner (as it won more wards in panchayat unions and district panchayats despite AIADMK being stronger in rural areas), the AIADMK is fast catching up. With Rajnikanth and Kamal Haasan deciding not to contest the rural polls, it could not be gauged whether they will make any difference in the political landscape.

The elections were held only in 27 of the 36 districts in the state. The Supreme Court had granted time for holding elections in the balance 9 districts due to the delimitation process as five new districts have also been carved out. But the Election Commission has been directed to complete the rural poll process in the next three months. Further, the EC will also have to hold the polls in urban local bodies in the state, including the Greater Chennai Corporation.

The Tamil Nadu political scenario had undergone a drastic change after the demise of the two titans, Karunanidhi and Jayalalitha. While the DMK has had a smooth transition with MK Stalin assuming the reins (the spat with his brother MK Alagiri seems to have been settled now), the AIADMK has had a lot of churning but also seems settled after the Sasikala fiasco, although her nephew TTV Dinakaran remains a threat, at least in urban seats.

Although the NRC-CAA protests and the arrests over kolams have dented the AIADMK popularity somewhat as it is an ally of the BJP, the party is expected to review its stand if the fallout makes it uncomfortable ahead of the state elections in 2021. With Rajnikanth and Kamal Haasan expected to firm up their political ambitions before the assembly elections, Tamil Nadu is going to witness a tough and colourful election in 2021.