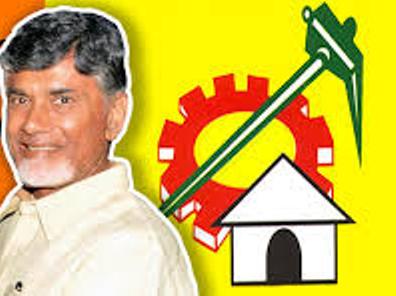 The Telugu Desam Party (TDP) has suffered a huge crisis even as Chandrababu Naidu is holidaying with family in Europe. Four of its Rajya Sabha MPs (out of the total six in the upper house) left to form a separate group. They later joined the BJP.

Y S Chowdary alias Sujana Chowdary, T G Venkatesh, C M Ramesh and Garikapati Mohan Rao, the four MPs met the chairman of the House Venkaiah Naidu and informed him of their decision. They refuted the allegation that they left the party in the lurch although the president was not in the country. YS Choudhary said that they had met Chandrababu and informed him of their decision to quit about a week ago.

With this, the TDP is facing an existential crisis. The party was vanquished in the assembly elections, winning just 23 seats in the 175-member house. It won just 3 Lok Sabha seats. Now with 4 Rajya Sabha MPs quitting, the party is left with three in the Lok Sabha and 2 in the Rajya Sabha. The ground report is also disheartening. The cadre is disillusioned and peopleâs support is vanishing fast. Chandrababu Naidu also seems to have taken a long break to marshall his resources and think about his next course of action.

But political analyst Sriram Karri is of the opinion that nothing short of a change in the top leadership will revive the party. Karri says that Naidu should resign and a non-Kamma be handed over the leadership of the party. Otherwise, he says, the party will lose its relevance and its existence will be threatened.

These are hard days for Naidu who, till the beginning of the general elections, was crisscrossing the country and meeting all opposition leaders to bring about unity in the ranks. Little did he know that after the results were out, he would lose all clout and will face the worst political crisis of his life. If he does not act urgently and with sagacity, he will be left to preside over the death of a political force that ruled undivided Andhra for long and with great success.