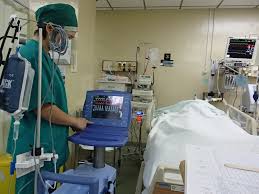 The Need for Prevention of Medical Negligence Act

The Need for Prevention of Medical Negligence Act

Editor-in-Chief of indiacommentary.com. Current Affairs analyst and political commentator. Writes for a number of publications. View all posts by this Author
Private nursing homes and hospitals carry out a systematic exploitation of patients in the name of providing state of the art healthcare. Patients and their families are kept in the dark about the procedures being followed. They are also not provided with any detailed information on the daily care provided to the patient. Yet, they are billed for the most trivial of things. Most such healthcare institutions have in-house diagnostic facilities and pharmacies. Doctors attached to such institutions often prescribe unnecessary tests and pharmacies charge in full for all medicines despite the trade norm of providing discounts up to 16 percent to buyers in general stand-alone or chain pharmacies. No detailed account of medicines used is ever provided to families of patients. In short, bills are bloated at all stages of consultation, diagnosis and treatment. All this, coupled with charges of medical negligence, shows that the operational state of private healthcare in the country is in a mess. Profit is the sole motive and corners are cut at all times. Despite the gloss and spick & span exteriors, there exists a dark and obnoxious underbelly (as exposed in the kidney scandal at the Hiranandani Hospital recently) in most such institutions which is seldom exposed as the largesse is spread about in a lucrative and judicious way to seal mouths on the one hand and the secretive nature of operations on the other.

These things are happening because there are no set procedures, standard guidelines or disclosure norms that these institutions are expected to follow, legally or otherwise. Medicine not being an exact science, hospitals and doctors often escape legal scrutiny as there can often be more than one line of diagnosis and treatment for the same disease and it is difficult to pass judgment on which is better. Taking this into consideration, the Supreme Court has asked the Medical Council of India, the Centre and the states to draft detailed guidelines to stop the exploitation of patients at such private medical institutions. Specifically, the apex court has asked for guidelines for treatment and care being provided in ICUs and CCUs across the country. In the name of providing intensive or critical care, hospitals bill exorbitant amounts to the patient while it is seen that no details are provided. Often, a single nurse is provided for up to four beds in the ICU ward, which is dangerous. Machines are not monitored round the clock by a dedicated staffer and things are taken too casually. If guidelines exist and records are maintained and provided, it will be much easier to pinpoint charges of medical negligence. This is what the hospitals do not want and that is why they always try to obfuscate matters. While it is good that the Supreme Court is goading the medical watchdog and the government into action on this, it shows our lawmakers in poor light that they have allowed private healthcare to go unregulated in this regard for so long, despite cases of medical negligence coming up in large numbers before the consumer disputes tribunals and the courts regularly. There is definitely a need for a detailed Prevention of Medical Negligence Act in the country to put a check on dubious medical facilities and shady doctors who help them.